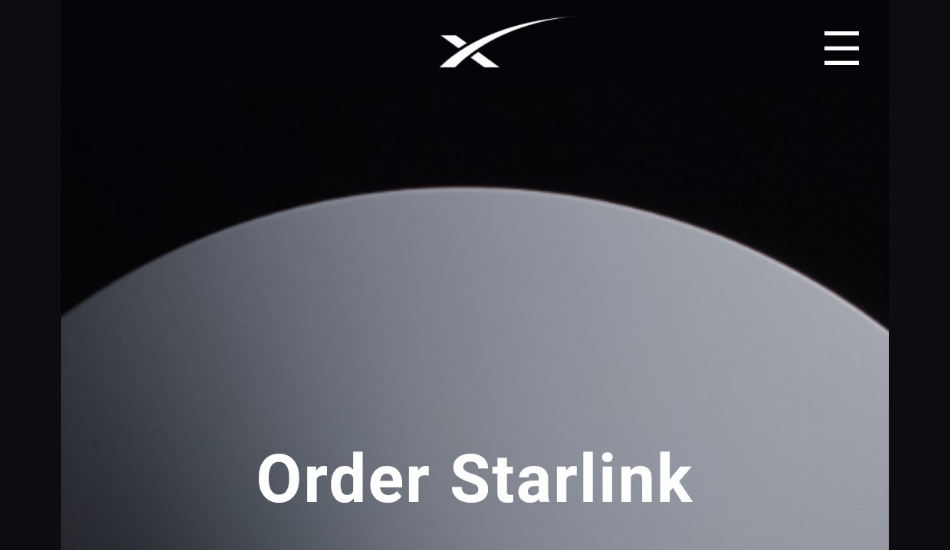 Starlink, the Elon Musk-backed SpaceX’s satellite-based internet service is now available for pre-orders in India for a deposit fee of $99 which is roughly above Rs 7000. The service is expected to be made available in India by 2022.

As per Starlink, the deposit fee of $99 is exclusive of any VAT or other taxes and will be applied towards a future purchase of Starlink kit offered by SpaceX. The Starlink Kit costs $499 (approx Rs 36,400) in the US while the cost for the kit is yet to be announced for the Indian region.

Currently in beta-testing phase, Starlink will provide Internet services through satellites that SpaceX will launch in the orbit. As per Starlink, users can expect to see data speeds vary from 50Mb/s to 150Mb/s and latency from 20ms to 40ms in most locations over the next several months as the company enhances the Starlink system. There will also be brief periods of no connectivity at all.

As it launches more satellites, installs more ground stations and improves its networking software, data speed, latency and uptime will improve dramatically, according to Starlink. Interested users can pay $99 (approx Rs 7000) which as per the company is a refundable amount. The company provides a Starlink Kit (for a separate amount, not $99) which includes everything you need to connect to the internet including your Starlink, wifi router, power supply, cables and mounting tripod.

Users can check the availability of the service by typing in their city and postal code. As of now Starlink’s website for Maharashtra notes that it is targeting coverage in your area in 2022 and that its availability is limited. The company notes that the orders will be fulfilled on a first-come, first-served basis.

Once the users click on the Order Now button, users are redirected to an information page where they are required to put in details like their first name, last name, phone number, and email address. One will also be required to put in their card details to place a deposit of $99.

Starlink is reportedly looking to ramp up the speeds and deliver high-speed internet of up to 1 Gbps downloading or uploading speed to its users. It currently gives up to 150 Mbps speeds which are reported to double up to 300 Mbps as the testing period ends.

Starlink suggests a clear field of view for a better internet connectivity experience. “In early service, the required clear field of view is a 100-degree cone around the center of the dish (after tilting) with a 25-degree elevation minimum. Some obstructions are worse than others. Obstructions low in the sky will cause more outages because satellites are in this area of the sky more frequently”, as per Starlink.