Do Smartphone leaks actually pass the test for accuracy? Find out here. 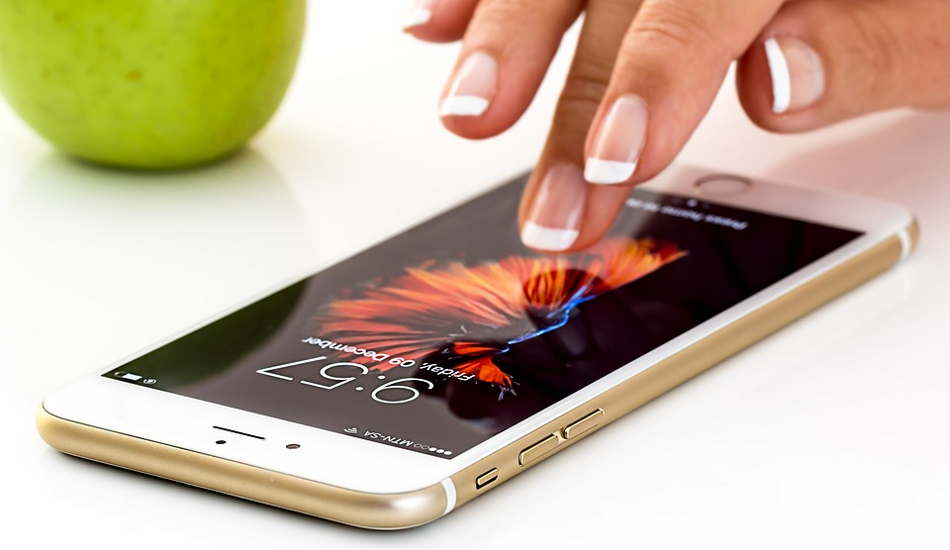 Here, we have covered some brands whose smartphones have been launched recently.

Perhaps in no other industry have leaks become sucn an intrinsic part of everyday coverage, as they have in smartphones. As of now, to the lay reader, it must appear that smartphone manufacturers run remarkably shoddy controls, going by the way leaks come out. However, the fact is that when it comes to smartphones, manufacturers can exert only so much control, as there are many ways to track upcoming modl specifications, be it from testing labs, employee connects, or even basic but intelligent guesstimates based on competitive moves. Owing to the incremental nature of the changes over the years, be it RAM, camera or even batteries, a seasoned reporter can guess pretty accurately on possible changes. And of course, there are the ‘inspired’leaks, done by manufacturers themselves, to keep curiousity flowing, and perhaps to deter consumers from choosing another brand before their own launch. So lets see if these leaks actually come out to be true once the smartphone officially makes a debut?

Here we are trying to analyse that whether the leaks of the devices which surface before the official launch actually matches with those which are announced officially during the launch. We have tried to cover the major brands whose latest smartphones have been launched off late.

This year in September, Apple upgraded its iPhone series with the launch of iPhone X (pronounced 10) along with iPhone 8, iPhone 8 Plus. Now the question is does the iPhone X smartphone specifications and design matched with the actual ones which were revealed in the launch? To an extent, we can say yes because mostly specs and design came out to be true.

The iPhone X is the first iPhone that features a bezel-less display and sports a 5.8-inch Super Retina Display, which is made out of OLED screen with a resolution of 2436 x 1125 pixels. The iPhone X sports a new TrueDepth Camera, which the company claims is used to map user’s face and unlock it using FaceID. The display was very much in line with the leaks before and so is the 3D face scanning feature, which would allow for secure fast biometric that replaces Touch ID altogether.

For the designing part, the screen was said to be edge to edge with a notch at the top for the speaker, camera and sensors. Moreover, actual build of the phone was expected to be glass on the front and back to allow wireless charging, so you can charge without plugging into a cable. The dual camera system was also said to shift to vertical instead of horizontal. All these features were in line with the actual specs of Apple iPhone X.

As far as the pricing is concerned, that too was in line with the leaked pricing. As per the leaks, the iPhone X will be priced at a starting price of $1000 and most likely to be around Rs 1 lakh in India. Currently, iPhone X is priced at Rs 89,000 for the 64GB variant and a whopping Rs 1,02,000 for the 256GB variant in India.

So what were the leaks which did not go inline with the actual specs? Well, there are two things here – firstly, the iPhone X was said to feature a rear fingerprint sensor but in actual there was no fingerprint sensor at all and secondly, the phone was rumoured to come in 64GB, 256GB and 512GB of storage options, but the phone actually came out in just two variants of 64GB and 256GB of internal storage. So we guess 512GB will be a must have by the time the next IPhone comes around. And its no leak!

Samsung launched Galaxy Note 8 in India recently for Rs 67,900. Prior to the launch, the smartphone was reportedly found listed on company’s official website for a brief time. The listing shed some light on the display, camera specifications, and S-Pen features.

As per the leak, the Samsung Galaxy Note 8 will sport a 6.3-inch QHD+ Infinity Display powered by Samsung Exynos 8895 processor. On the camera front, the leak said that the smartphone will boast a dual-camera setup and it will include 2x optical zoom along with optical image stabilization and a f/1.7 aperture for taking better low-light shots. Further, the leak revealed that the smartphone will be available in Black and Gold colour options only.

True to these leaks, the Galaxy Note 8 launched with the same display, same processor, dual rear camera and same memory variants. However, it is to be noted that the smartphone was launched in India with Samsung Exynos 8895 processor while for the US markets, it was launched with octa-core Qualcomm Snapdragon 835 processor.

In Samsung’s case, mostly all the leaks came out to be true when the device was officially launched.

But one leak which surfaced just some days before the official announcement was via brochures which gave us a fair idea of what to expect from the upcoming smartphone. And this time, as per our expectations each and every leak which emerged came out to be true in each department.

Right from the display with 6.01-inch Full HD Optic AMOLED with a screen resolution of 2160 x 1080 pixels and an aspect ratio of 18:9 to the Qualcomm Snapdragon 835 processor, every leak via this brochure was in line with the actual specs of the smartphone.

As far as leaked pricing was concerned, the OnePlus 5T was claimed that the 6 GB RAM will be made available at Rs 32,999 while the 8 GB RAM model would cost Rs 37,999 and true to the leaks, the OnPlus 5T made its debut in India at the said pricing only. probably the only thing the leaks left out were the launch promo offers, which makes you wonder just how innocent these ‘leaks’ were.

The Chinese smartphone brand launched its budget-oriented Redmi 5A in China last month. Prior to the launch, the smartphone was spotted online revealing its complete design and features.

The smartphone was first benchmarked on TENAA certification website and then spotted on a Chinese website ithome.com. The website completely showed the device sporting a metal body design with antenna lines running at the top of rear panel. The camera with LED flash was placed on the top left with Mi logo at the centre on the back of the device.

On the other hand, the TENAA listing revealed the complete specs of the Xiaomi Redmi 5A including display, processor, memory variant, camera sensors, operating system and battery. Every single leak about design and specification that emerged came out to be true.

For the pricing part, the Redmi 5A did not surface in leaks for price segment. But keeping in mind thatXiaomi Redmi 5A is the successor of Redmi 4A smartphone and it emerged with budget specifications in leaks, we already expected the device to be priced less than Rs 8,000. And the smartphone was launched in China with a price tag of 599 Yuan which is approximately Rs 5,884.

The leaks had already confirmed that the Pixel 2 will be made by HTC, while the Pixel 2 XL will be manufactured by LG which really came out to be true. Furthermore, both the smartphones come with Active Edge feature, which was also confirmed by these leaks before.

One leak to be noticed here which did not come out to be true is the processor. The leak was revealed by a well-known tipster, Evan Blass who mentioned that the Pixel 2 and Pixel 2 XL smartphones will be powered by the Qualcomm Snapdragon 836 processor, which ultimately came out false. Both the smartphones were actually powered by the Qualcomm Snapdragon 835 processor. Rest of all the specs including display, camera, memory storage and operating system also leaked. Through these leaks also, we came to know that the leaked specs were the actual specs of both the smartphones.

What is our opinion on leaks

Here, we have covered only some brands whose smartphones have been launched recently. Based upon their leaks prior to the official launch, we think that most of the leaks actually come out to be true later on. But one thing to be noticed here is that the renders which surface prior to the launch very early should be taken with a pinch of salt while the specifications leaked by famous and reliable tipsters can be considered seriously. Overall, the closer to launch date, the higher the chances of the leak being accurate, as by then direct company involvement cannot be discounted.

Disclaimer – We do not advise our readers to take the leaked specs of any smartphone to be true until the device gets officially launched.