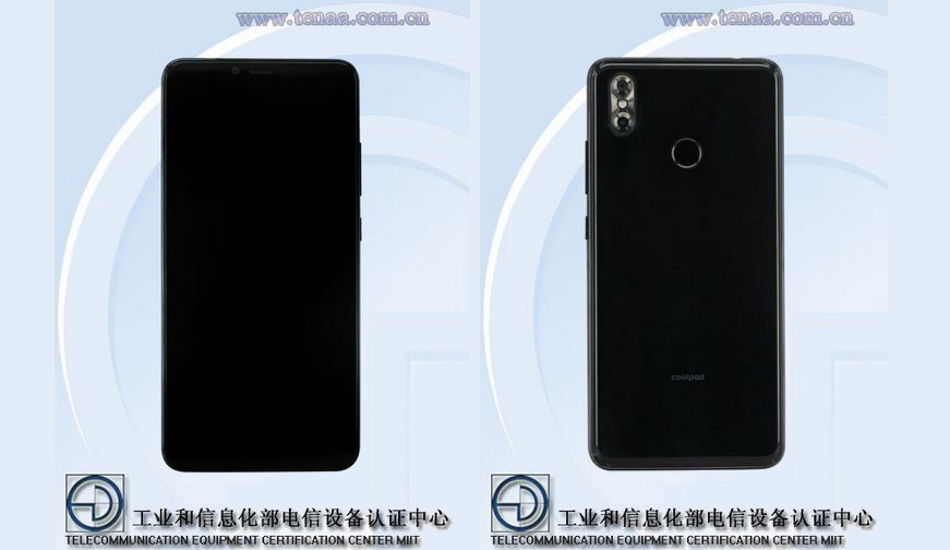 The phone has 4GB of RAM and 32GB/64GB/128GB internal storage, which can be further expandable up to 128GB microSD card.

A new unannounced Coolpad smartphone with model name ‘Coolpad 1873-A0’ has been spotted on the Chinese certification website, TENNA. The listing not only has the images of the smartphone, but it also carries the key specification of the upcoming smartphone.

As per listing, the Coolpad 1873-A0 features a 6.28-inch Full HD+ display with a 2246 x 1080 resolution. It is powered by a 1.5GHz octa-core processor which is likely to be an older chipset from MediaTek or Qualcomm.

The phone has 4GB of RAM and 32GB/64GB/128GB internal storage, which can be further expandable up to 128GB microSD card. The smartphone runs on an older Android 7.1.1 Nougat operating system and it gets its strength from a 3,900mAh battery.

On the camera front, the listing shows a single rear camera of 16-megapixel but the images show a dual rear camera setup. The phone offers a 13-megapixel front-facing camera for selfies and video calling. The Coolpad 1873-A0 also houses a fingerprint scanner, which is embedded on its back panel.

The Coolpad 1873-A0 will come in Gray and Red colors. Besides, the smartphone offers WiFi, GPS, Bluetooth, and a micro USB port. The smartphone measures 155.7 x 74.8 x 8.4 mm and weighs 176 grams.. Looking at the smartphone’s specification, it most likely be a budget segment device.