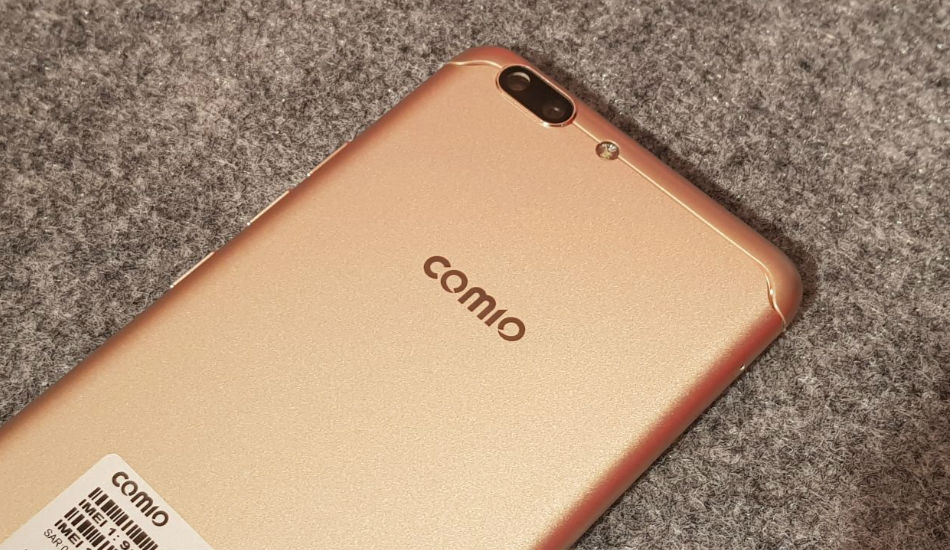 Comio, a new entrant in the Indian smartphone market, has marked its debut with the launch of three smartphones known as Comio S1, P1 and C1. The Comio P1 is priced at Rs 9,999, while the S1 and C1 come with a price tag of Rs 8,999 and Rs 5,999 respectively. All the devices will be available at all key retail stores from the coming week in North India and will be available from the third week of September in West India.

Further, the brand has a data tie-up with Reliance Jio and the users will get additional 5GB of data voucher with a recharge of Rs 309 or above. Comio is also offering some interesting after-sales service. The brand will be offering 30 days DOA, which a special buy back and upgrade that will allow users to upgrade their old smartphone. Under the offers, users will get an assured 40 percent return on their existing Comio phones. All the three smartphones come with a free one-time screen replacement warranty with six months of purchase to supplement the one-year + 100 days’ extra manufacturer warranty.

Coming to the smartphones, Comio S1 and Comio P1 are company’s flagship devices, while the Comio C1 comes with Hi-Fi music. All the three smartphones are powered by a 64-bit MediaTek processors along with 32GB of internal storage and they also support 4G VoLTE.

The S1 comes with a metal unibody with curved edges and features a 5.2-inch HD IPS display, 2GB RAM, a 2700mAh battery and front-facing fingerprint scanner. On the camera front, the device sports a 13-megapixel rear camera with auto focus and an 8-megapixel selfie shooter. The phone will be available in Royal Black and Sunrise Gold colour variants.

The Comio P1 major highlight is the 5,000mAh battery, which it claims to come with 24 hours of talk time and 30-day standby time. The phone offers a 5.5-inch HD IPS display, 3GB of RAM, 13-megapixel rear camera with autofocus and flash, 8-megapixel front-facing camera and a fingerprint scanner. The smartphone will be available in Metal Grey and Sunrise Gold colour variants.

Lastly, the Comio C1 comes loaded with Hi-Fi music and features a stereo speaker setup. The device sports a metal frame and is equipped with a 5-inch HD IPS display, 8-megapixel rear camera and 5-megapixel selfie camera. The device will be available in Mellow Gold and Space Black colour options.

Further, the devices come loaded with a Freezer and Clone applications. The devices also feature anti-theft feature. In a case of any suspicious activity, SIM based alerts are shared with a registered mobile number. The anti-theft feature also has an image click seek option, wherein the smartphone clicks the photo of the unauthorized person who tries to unlock the devices. Other than this, there lock and unlock feature, shutdown blocker, data backup and SIM related functions.