Karbonn will produce these phones and tabs with special content on Rajinikanth with behind the scenes videos, dialogues etc. The devices will also have his autograph on them.

Karbonn will be making special edition phones for Rajinikanth’s forthcoming movie Kochadaiyaan. For this, Karbonn has a tie-up with Eros and Mediaone, the distributor of the film, to make five lakh phones as part of its Kochadaiyaan mobile range.

The range is expected to include some feature phones from Karbonn Mobiles as well as the recently launched Karbonn Smarttab 1 and Karbonn smartphones. However, these will be modified with content and cosmetic changes to give an exclusive look and feel. Both the companies are still working on the details though, and things will get clearer in the days to come. 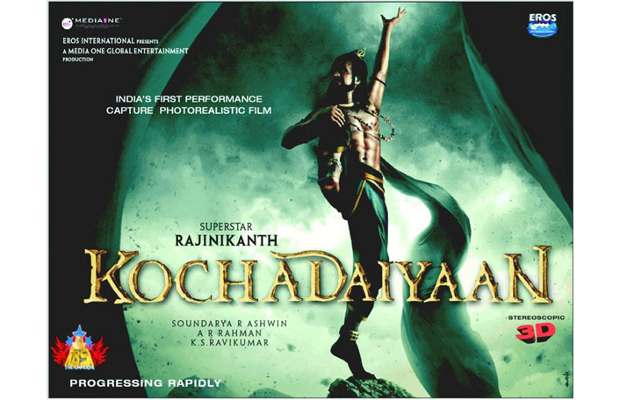 Kochadaiyaan is a hi-tech action adventure film, on the lines of James Camaron’s Avatar and Spielberg’s TinTin. The film will be released in Tamil, Telugu, Hindi and English. Along with Rajini, the film stars Deepika Padukone, Jackie Shroff, Sharat Kumar, Nazzar, Shobana, Aadi, Rukmani and others.

The music release of the film is planned in Tokyo and multi city premieres of the film are being planned across Los Angeles, London and India. The film is scheduled to release towards the end of the year.

This is not the first time that a device is being made and sold to promote a movie. Recently Shahrukh Khan starrer RaOne also had a tablet released in its name, but it did not do well in terms of sales.

With Rajini’s name associated this time around, it won’t be a surprise if the phones are sold within days, given the kind of fan frenzy Rajinikanth movies generate down South.