Intex, which has recently became the first Indian company to launch an octa core processor based smartphone, is now seems to be planning to introduce a curved display bearing handset. If Intex manages to launch a curved mobile phone ahead of other Indian smartphone makers then it will become the first Indian company and the third mobile phone maker in the world after Samsung and LG to do so.

Actually a handset, named as Intex Aqua Curve, was found listed on Intex’s website. Though product page has now been removed, the listing still shows in the search result. 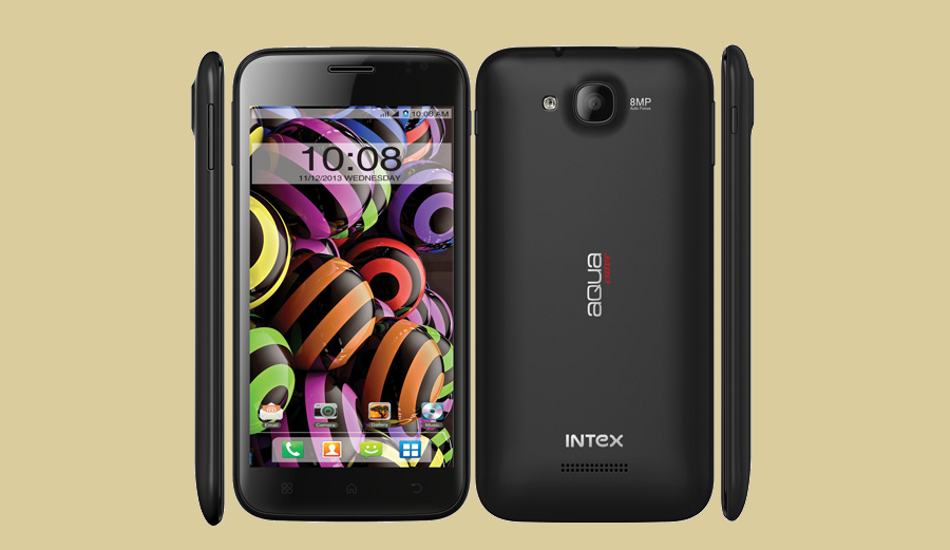 As per the original listing, Intex Aqua Curve has a 5-inch touchscreen with resolution of 960×540 pixels and has been made using the One-Glass-Solution. The Aqua Curve is powered by a quad-core, 1.3 GHz MediaTek MT6582 mobile chipset, 1 GB RAM, and 4 GB on-board storage. The Aqua Curve has an expandable memory card slot as well.

The 9.1 mm thick Aqua Curve has an 8 megapixel camera with autofocus feature and an LED flash at the back. There is a 2 megapixel camera in its front for video calls. Aqua Curve offers dual-SIM configuration out of which one SIM supports 3G network for faster connectivity. Users can also enjoy mobile internet via its WiFi network support. Besides, the Intex Aqua Octa has Bluetooth, FM Radio and GPS.

As per the listing, the Intex Aqua Curve will run on the Android 4.2 Jelly Bean operating system. It is expected to come with many Intex services such as Intex Cloud, Intex Play, NQ Vault and other pre-loaded apps along with multi-language support.

Till date, only Samsung Galaxy Curve and LG G Flex are the two phones to be launched in the world with a curved display. The latter is also set to hit the Indian market towards the end of this month for about Rs 55,000.