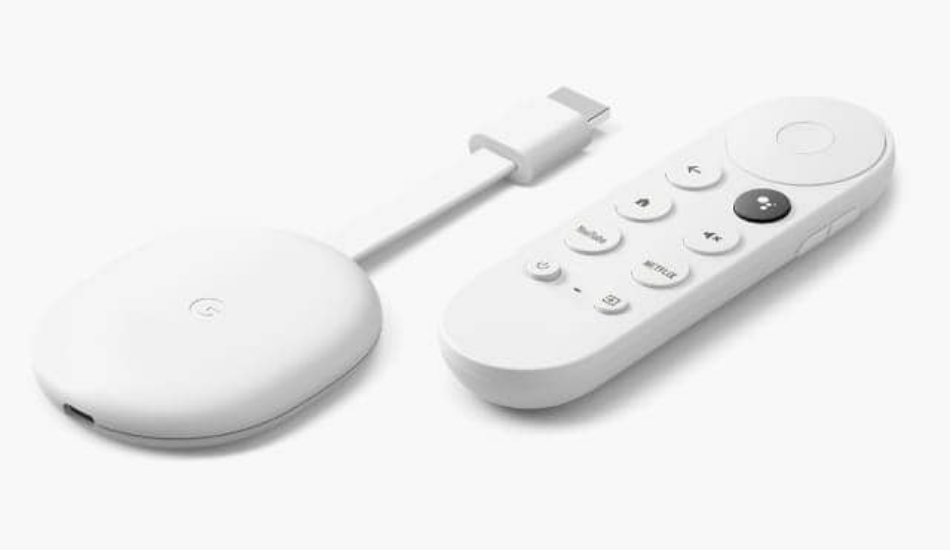 The new Chromecast with Google TV has launched officially at the online event Google hosted last night. It comes with its own remote, Google TV and much more.

Google has finally launched the much-awaited (and I must say, the much-leaked) Chromecast with Google TV at its ‘Launch Night In’ digital online event alongside Pixel 4A 5G and Pixel 5. The new Chromecast is a total revamp compared to its predecessors. It has its own remote, a new software skin, and much more!

The new Chromecast with Google TV is priced at $50 (approx Rs 3,700) in the US and should be arriving by the end of the year in other countries according to Google. The device comes in Sky, Snow and Sunrise colour options. The Indian Pricing for the same hasn’t yet been revealed.

The new Chromecast with Google TV comes with Google TV which the name already specifies. Google TV is a new and revamped version of Android TV. There is a totally different UI which is much similar to Roku and FireTV devices.

The new Chromecast comes with a USB Type-C power adapter on the dongle and has support for 4K HDR up to 60fps, Dolby Digital Plus, Dolby Atmos, DTSX, Dolby Vision, h.256 streams and also HDR 10+. The device also has Bluetooth connectivity and comes with dual-band wifi support.

Coming to the new remote, the remote has a 4-way D-Pad for navigation and the remote comes with a dedicated Netflix and YouTube button. There’s also a button for Google Assistant. The remote can also be linked to the TV with the CEC feature so you can control the volume of the TV with the remote.

The interface has been totally overhauled and the skin is now based on Android TV and has also replaced the Android TV brand. The interface of the new streaming device by Google is now more content based. There are various rows containing shows from various apps like Netflix, YouTube, etc which have been further categorised into various genres like Action, Horror, Comedy, etc.

Apps like Netflix, Amazon Prime Video, Disney Plus, HBO Max, Hulu come pre-installed on the dongle. The apps that were supported on Android TV 9 Pie are also downloadable on the new software.

We can say that the new interface is more personalized so that Google can recommend the most suitable shows and movies to the user and provide a better overall experience.

Share
Facebook
Twitter
WhatsApp
ReddIt
Previous articleRealme Buds Wireless Pro and Buds Air Pro will be launching in India on October 7
Next articleGoogle Pixel 5 and Pixel 4A 5G launched, India will not get them
RELATED STORIES