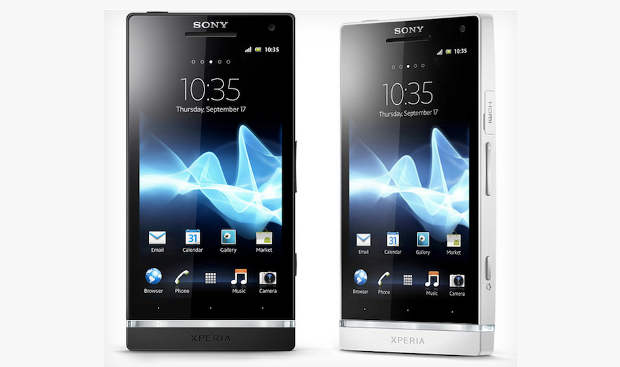 As part of the 2012 Xperia family smartphone lineup, the new Xperia S has been previously reported with codenamed Nozomi or Xperia Arc HD.

The Xperia S features 4.3-inch Reality display with Mobile Bravia Engine. This display natively supports 1280×720 pixel resolution and hence we can expect the images as well as text to appear super crisp.

Under the slim design, the Xperia S houses a dual-core 1.5 GHz Qualcomm Snapdragon S3 MSM8260 mobile processor that can support faster mobile operating system performance. This mobile processor integrates the Adreno 220 graphics chip which is the latest and fastest of the line.

By default, this smartphone will come with 32 GB internal storage and Android 2.3 Gingerbread out of the box. However, Sony Ericsson promises to release the Android 4.0 Ice Cream Sandwich update for it in the second quarter (April-June) of this year.

The Xperia S also comes with a front facing 1.3 megapixel camera which can record 720p HD video and also support video chat. Sony Ericsson has ventured into Near Field Communications starting with Xperia S that has Xperia SmartTags support that are usable to launch the pre-configured as well as personalised settings.

Other fancy set of features include Bluetooth, WiFi, DLNA, A-GPS, GLONASS support, native USB tethering, micro HDMI and micro USB ports. Weighing just 144 grams, the Xperia S is 10.6mm thick and has strip of LED just below its display and the chin. Sony Ericsson will add a 1750 mAh battery to power its monstrous smartphone.

In terms of hardware specifications, the Xperia S is indeed a modern day device meant for exhaustive usage including multimedia consumption. However, the Android 2.3 Gingerbread by default and the promise to release Android 4.0 Ice Cream Sandwich later this year might give consumers a second thought about it as several smartphones with Android 4.0 Ice Cream Sandwich by default would be available very soon.

Sony Ericsson has promised to release the Xperia S in the first quarter of 2012 globally and hence we can anticipate to see this handset in India by second half of this year.