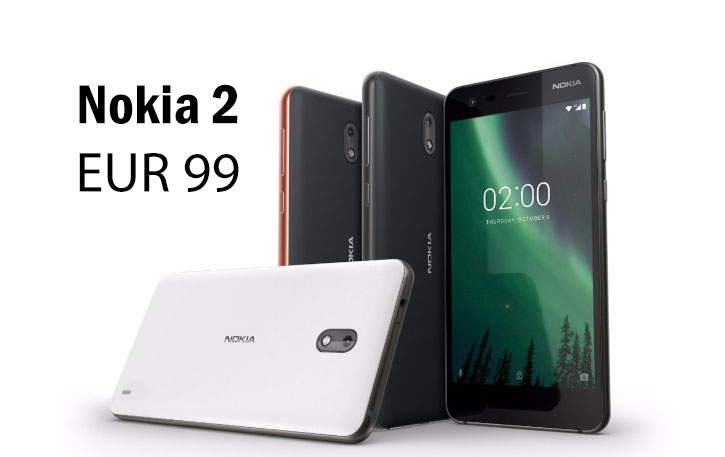 Stock Android is, perhaps, the best feature about this little guy from Nokia

With Nokia 9 in the pipeline and Nokia 7 already out in foreign markets, the Finnish giant yesterday announced its new super budget-friendly ‘Nokia 2’. Coming in at EUR 99 (approx. Rs 7,400), the device will be out for delivery sometime in mid-November, as claimed by the company. Now looking at this price, there is surely some kind of nasty competition going on in this price range and with India consumers being one of the most price-sensitive customers, Nokia 2 has to have something special to beat the current competition. Let’s look at the specifications first.

So with these specifications under the hood, can Nokia 2 smoothly sail through in India? Well, let’s find out.

Competition: Coming at approximately Rs 7,400, Nokia 2 does have a bunch of alternatives. The obvious choice surely pops up as Xiaomi’s Redmi 4 (Rs 6,999). I pick up the Redmi 4 over the Redmi 4A because it is overall a better device and closer to the pitched price for Nokia 2. So Xiaomi Redmi 4 brings a better processor, more RAM, more internal storage, exact same battery but fall off in terms of Android version. Then we have Moto C which does bring all that Redmi 4 bring (except the MediaTek processor instead of Qualcomm) and Stock Android 7.0 Nougat. So if we look at the competition, Nokia 2 will not have a smooth ride in India.

Nokia as a brand: Ok here is a thing. I agree, Nokia was once the king of phone industry in India but not today and unfortunately, it is struggling to gain its momentum back after all that happened with Microsoft. People in India have been mentally ruled by Chinese smartphone manufacturers today and it will be difficult for Nokia to push its new budget-friendly device to the battleground.

Specifications (RAM & Storage): 1GB RAM and 8GB internal storage in 2017 is a big NO, at least for me. Smartphone technology has evolved over time and being part of the cycle, a technology which was premium a couple of years ago is a typical affair today. Remember the fingerprint scanner when it first came to iPhone 5S? Same is with other specifics as well. The Redmi 4A, which is actually cheaper than Nokia 2 boasts twice the RAM and 16GB of internal storage.

However, all is not wrong with the Nokia 2. The design is something which is already been appreciated and Stock Android is, perhaps, the best feature about this little guy from Nokia. If we keep Moto C aside, Nokia 2 is the only device coming in at this price with Stock Android.

Can Nokia 2 sail through?

I am quite inconclusive right now. Nokia 2 doesn’t impress us in most of the specifications apart from that massive 4100 mAh battery, the design and Stock Android. Also, there is nothing unique, at least on paper. With competition getting intense each week, we will have to wait and see how HMD global price the device for India. The device is expected to go on sale this month and going by the specifications, a lot depends on the final price of the device. If you ask us, I would rather pick a Redmi 4 or Moto C.