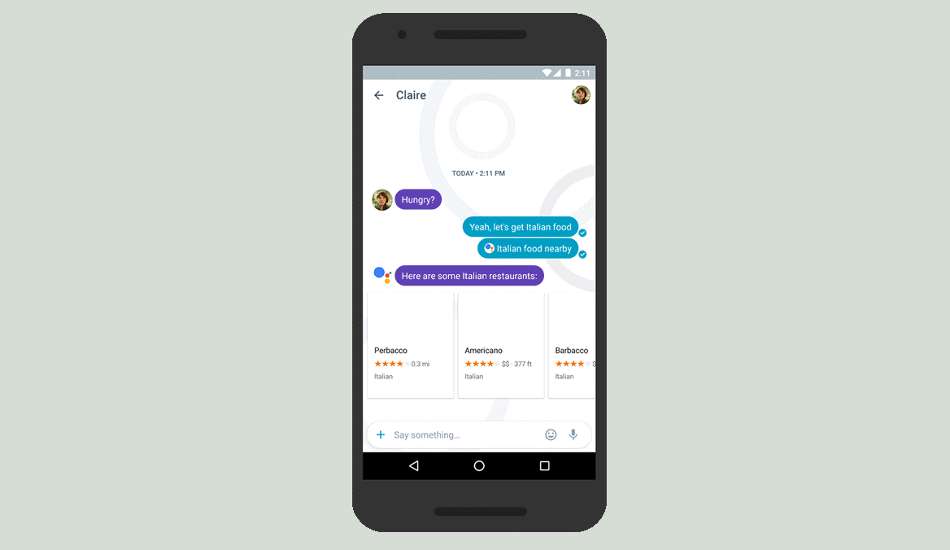 It is a terrible time for WhatsApp to get a competitor like Google Allo.

When it comes to messaging services, WhatsApp till now has a dominant position. There are several such applications like Snapchat, WeChat, Line etc but none of them dethroned the WhatsApp till now. With more than a billion users, WhatsApp sits at the top of the leaderboard.

However it has now got a competitor- Google Allo. It would have been dismissed as a newcomer had it not come from the Google’s stable. So far, all of Google’s products were quite successful and an Android app from the maker of Android cannot be dismissed as any other app. So despite Allo starting its journey now, it has caught the attention and thus WhatsApp has every reason to worry.

WhatsApp too had the backing of Facebook – world’s largest social network, which forced Google to shut down its social network, Orkut, sometime back. But this time it seems that Google is set to take its revenge.

The introduction of Google Allo could not have come at a worse time for WhatsApp which is embroiled in a privacy controversy. WhatsApp’s recent decision to share user’s phone numbers with Facebook was not taken favourably by most of its users. Infact, Delhi High Court is currently hearing a case against WhatsApp on the same issue.

This could be a major factor for many WhatsApp users to switch to Google Allo.

Allo is also offering a bunch of features which are otherwise offered by various messaging service provider. For instance, while it offers end to end encryption like WhatsApp, the Allo also offers SnapChat like self-destructing message services wherein the messages will disappear from the receiver’s handset after the set time. The Google Allo offers stickers, emojis, doodles etc. With Google Assistant’s integration, the Google Allo has an exclusive and innovative feature as well.

Facebook owned WhatsApp too recently introduced a bunch of features and promising to bring more user friendly features. So the game has started. It would now be interesting to see how WhatsApp’s users would react. In the past, it has been observed that people are reluctant to change but when it comes to a Google app, they might change the habit.

Yes, the biggest hurdle in front of Allo is that if it can get more people to come on board. After all, why would someone want to have a messaging app if none of his friends are on the same platform. However, Allo has a solution for that as well. Unlike WhatsApp, through Allo you can send messages who are not even using Allo and the messages will appear on phone’s SMS box.

Seems, WhatsApp has got a competitor finally.