While the phone has almost identical features as Micromax Canvas II A110, Byond B67 fails to impress with Android 4.0 while Micromax has moved to 4.1.

Byond has launched a new phablet, called Byond B67. This Android 4.0 operating system based phone comes with 5 inch display with WVGA (800×480) resolution and a 1 GHz dual core processor. It has 512 MB RAM and 4 GB of internal memory. 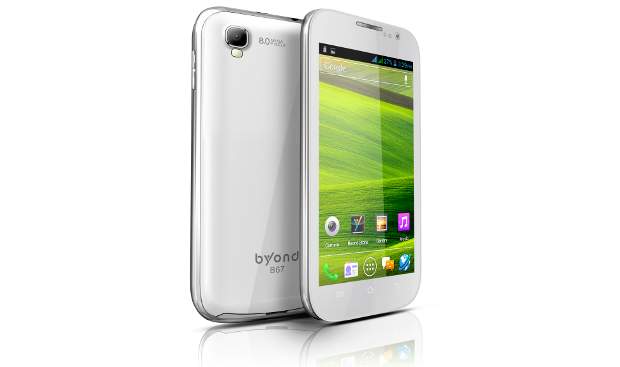 Byond B67 comes with an 8 megapixel primary camera with LED flash and a 1.3 megapixel secondary camera. The phone is 9.65mm slim and is powered by a 2000 mAH battery with claimed talk time of 4 hours.

Surprisingly the phone supports only up to 8 GB micro SD card (we reckon it is a typo in press release). The phone is priced at Rs 10,999 and has all the connectivity options found in phones in this range like WiFi, Bluetooth and micro USB port. 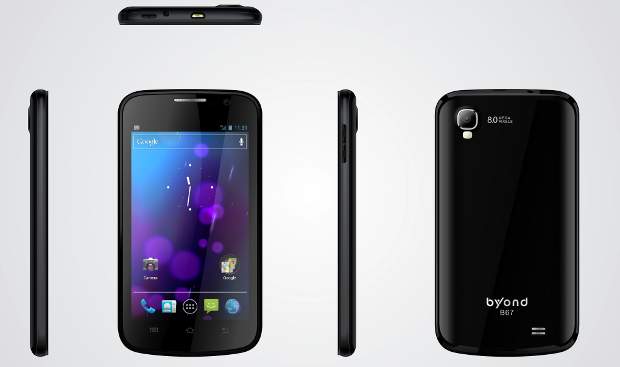 However at this price point we don’t see any reason why someone will choose this phone over say the Micromax Canvas II A110 which has the same specification and has recently been upgraded to Android 4.1 OS. Even quad core processor totting Karbonn Titanium S1 (or even S5 which is only marginally costly) looks much better.