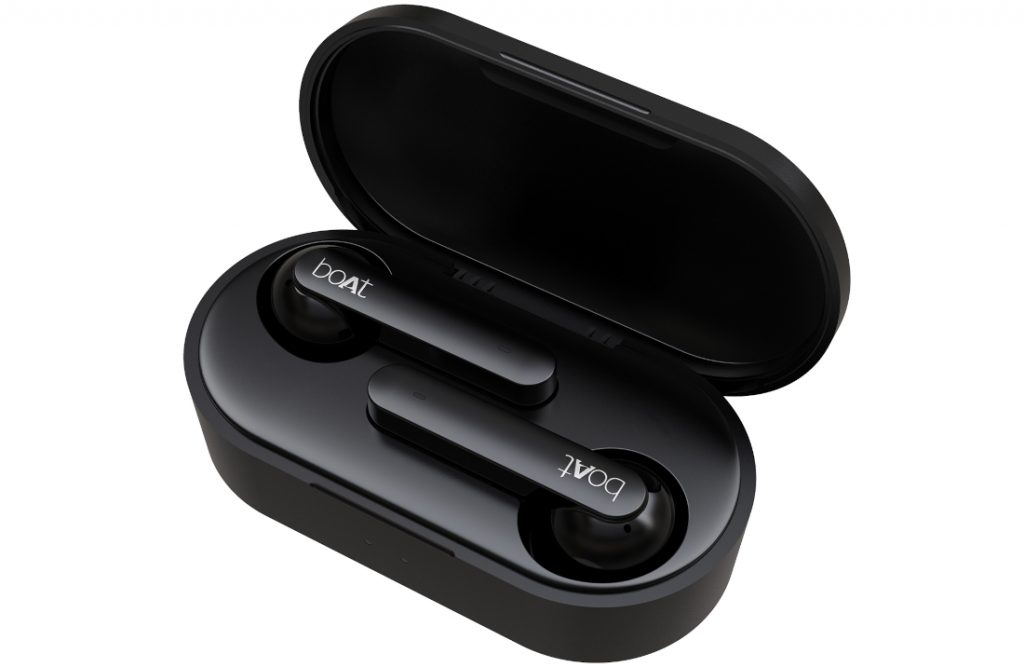 The Airdopes 461 features the latest IWP technology for instant pairing upon opening the case, along with the power of longer playback time of up to 2 days.

The Airdopes 461 features the latest IWP technology for instant pairing upon opening the case, along with the power of longer playback time of up to 2 days. It also features cutting edge technologies such as ASAP Fast Charge, Crystal Mode and BEAST Mode in a single affordable package.

The Crystal mode allows you to be ‘Ambient Sound Ready’ so you that you don’t need to remove the earbuds to be aware of your surroundings. Crystal Mode toggles the dual mics on which lets you listen to the sounds around you. boAt’s BEAST mode is designed for gamers where the earbuds will toggle low-latency for real-time audio when gaming.

The IWP technology helps to instantly wake up (power on) and pair the earbuds to the last source upon opening the case’s lid. The boAt Airdopes 461 TWS Earbuds are powered by Bluetooth v5.0 that offers faster connectivity and a superior range of up to 10 meters.

Each earbud features a powerful dynamic 6mm driver. They also sport dual microphones each for superior and the most optimum voice quality over calls while also helping in ambient noise reduction.

Commenting on the new launch, boAt Co-founder Aman Gupta said, “The boAt Airdopes 461 bring the latest technology to our boAtheads. Gamers, fitness enthusiasts or those who simply want to have a superior listening and viewing experience will be thrilled by the listening experience. Over 80% of gamers we surveyed wanted a low latency in real time audio as a key feature. Our R&D team has fine-tuned this product for avid gamers and has developed a first of its kind BEAST™ Mode in earbuds which addresses this specific need. To top this, the Airdopes 461 supports a 2-day battery, an essential ask from those working from home, working out from home and gamers”.