BlackBerry saw 40% jump in sales after exchange offer in India

In coming months BlackBerry will be launching smartphones at various price points based on BlackBerry OS 7 and 10.

Sometime back to catalyze the uptake of BlackBerry Z10 among consumers BlackBerry had introduced exchange offer and it has resulted in 40 per cent increase in sales of the flag ship smartphone.

Under the scheme, one can exchange his or her older smartphone for the BlackBerry Z10 and get discount between Rs 3,000 to Rs 11,000 on Z10. 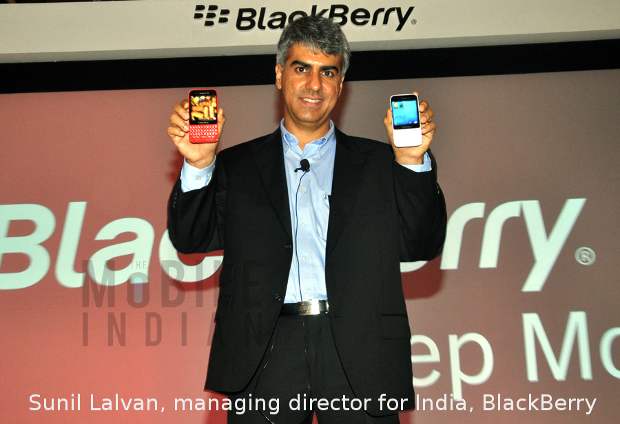 Sunil Lalvan, managing director for India, BlackBerry, said to The Mobile Indian, “We got a tremendous response to exchange offer on BlackBerry Z10 from consumers. BlackBerry saw a 40 per cent jump in sales as a result of it”.

He added that BlackBerry is still evaluating whether to extend the same offer to BlackBerry Q10 and Q5 or not.

Here are excerpt of the interaction we did with Sunil Lalvan on the sidelines of the launch event of Blackberry Q5 in Delhi.

A: In coming months we will be launching smartphones at various price points on BlackBerry OS 7 and 10. Right now, I cannot confirm the exact price brackets in which BlackBerry smartphones will be made available.

Q: Do we foresee increase in the price of BlackBerry Z10 or Q10 because of rupee deprecation.

A: No, BlackBerry will not pass on the burden to consumers. We will absorb it.

Q: What is happening on the BlackBerry Maps for India?

A: BlackBerry consumers in India will get BlackBerry Maps within next two months.

Q: Does BlackBerry have any plans of launching a tablet in coming months?

A: Currently we are focused on our smartphones and we don’t have any plans of launching a tablet anytime soon.