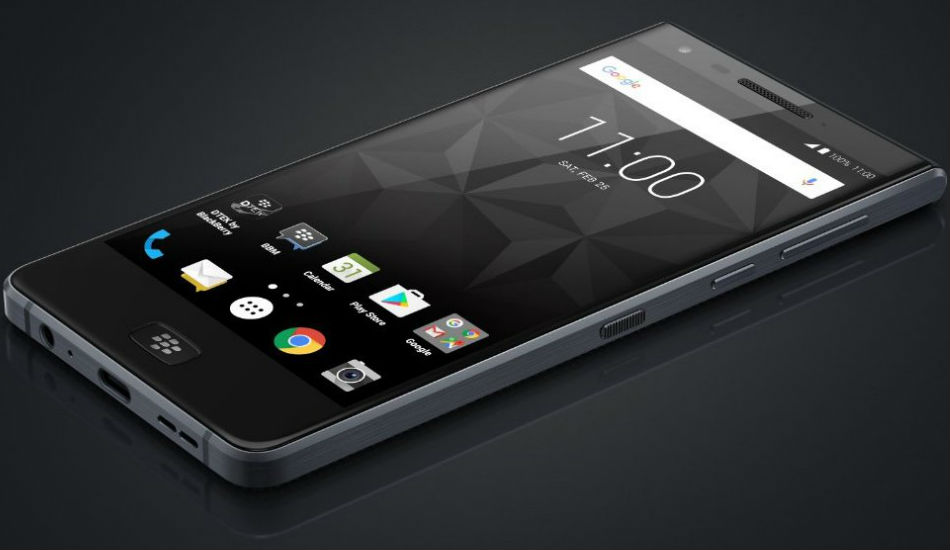 The BlackBerry Motion sports a 5.5-inch Full HD screen and is juiced up by a 4000mAh battery which supports QuickCharge 3.0.

Blackberry Motion smartphone which was launched last year in Dubai for AED 1,699 (approx. Rs 30,218) has now been found listed on Flipkart for Rs 42,999. However, the smartphone has not been officially announced by the company in India yet. With the listing now, we expect the smartphone to be officially launched in India soon.

The smartphone comes with the Flipkart assured tag on the e-commerce website. Flipkart is selling the Blackberry Motion with the EMIs option starting from Rs 1,470 per month and an extra 5% off with Axis Bank Buzz Credit Card.

The smartphone comes loaded with a full touchscreen display and it sports a 5.5-inch Full HD screen with 1920 x 1080 pixels. The device is powered by Qualcomm Snapdragon 624 2GHz octa-core processor along with a 4GB of RAM. The phone is backed by a 32GB of internal storage, which can be further expanded up to 256GB via micro SD card slot.

On the camera front, the device sports a 12-megapixel rear camera with f/2.0 aperture, while for the front, there is an 8-megapixel front camera. There is also a fingerprint sensor embedded in the home button, which has BlackBerry logo engraved in it.

The smartphone runs on Android 7.1.1 Nougat and the company has said that it will update the smartphone to the latest Android 8.0 Oreo. The BlackBerry Motion is juiced up by a 4000mAh battery which supports QuickCharge 3.0. On the connectivity front, it supports 4G VoLTE, Bluetooth, WiFi, USB Type-C port and GPS. The phone also features an IP67 certification, which makes water resistant and dust resistant.