BlackBerry KEY2 Lite said to be in works 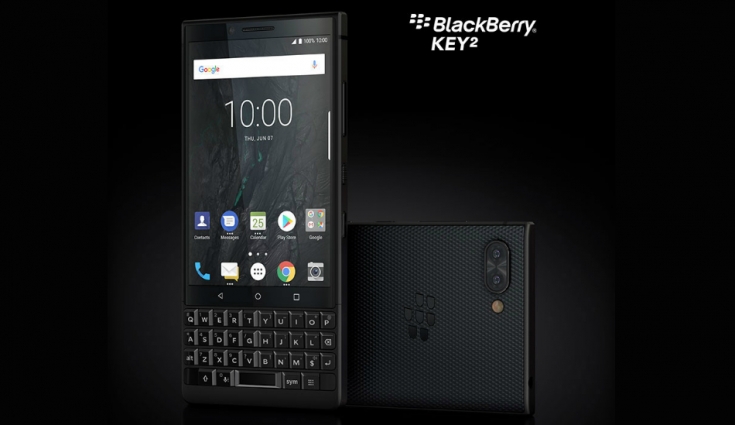 BlackBerry KEY2 Lite is expected to be announced in late-August or early September, so the company might announce the Key2 Lite at the IFA 2018.

TCL Mobile announced the new BlackBerry KEY2 last month in New York City at a starting price of $649 (approx. Rs 43,500). Now apparently, BlackBerry is working on a new variant of the Blackberry Key2. The variant in question is BlackBerry Luna aka KEY2 Lite which is said to be in works.

Popular leakster Evan Blass (aka @evleaks) on his official Twitter handle has shared an image showing the BlackBerry KEY2 Lite / Luna. This new upcoming variant is named as the BlackBerry KEY2 Lite and codenamed “Luna”. The leaked photo, however, shows only the smartphone’s back in black colour with dual rear cameras. This phone has a red trim all around it.

Alleged BlackBerry Luna, a.k.a. the “KEY2 Lite” (Lite and not Mini ‘cuz they supposedly have the same form factor). Said/shown to come in red, blue, and copper. pic.twitter.com/fMza9pAAZC

Further, he has mentioned that the BlackBerry KEY2 Lite and KEY2 have the same size and form factor as the standard Key2, but this will have a plastic body, so it is expected that the Key2 Lite will also sport a 4.5-inch display. But being a Lite version, it will reportedly have less powerful specs and will feature less storage, lower processor and display resolution as compared to Blackberry Key2. As per the tipster, the Lite variant will also come in blue and copper variants apart from red one which leaked.

Apart from this, Blass has however not mentioned the specifications or features except of the phone. He just clarified that it is confirmed to be called “Lite” and not “Mini”. In another tweet, Blass has mentioned that BlackBerry KEY2 Lite is expected to be announced in late-August or early September, so the company might announce the Key2 Lite at the IFA 2018.