The CEO of Black Shark has confirmed that the Black Shark 4 is arriving with 120W fast charging through the official launch poster.

Black Shark has been manufacturing gaming phones for quite a while that come with top-notch specifications. Now, the company has confirmed that the Black Shark 4 is coming and some of the key specifications of the device have also been revealed. 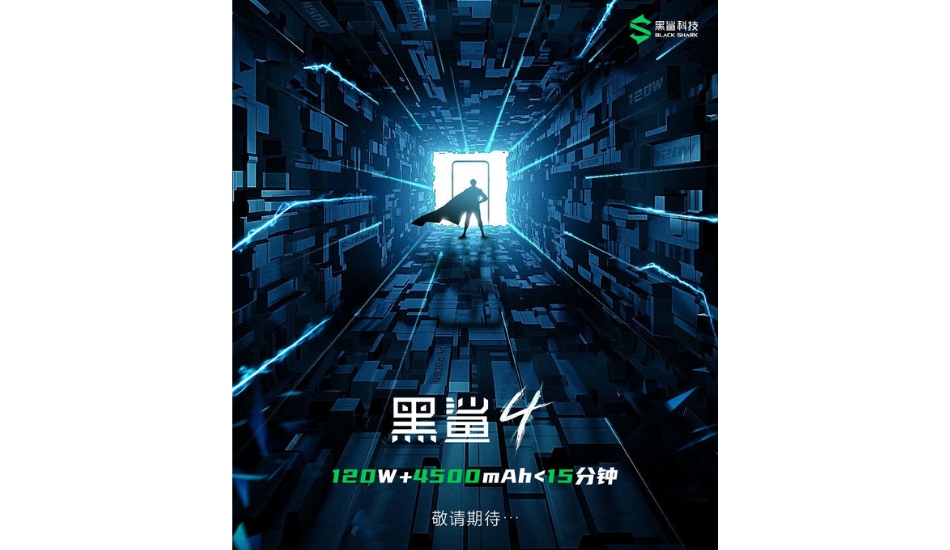 Black Shark CEO Luo Yuyu Zhou took to Weibo to unveil the official announcement poster for the Black Shark 4 that confirms the device will come with a 4500mAh battery which will support 120W fast charging. As per industry standards, with 120W speeds, the device can charge from 0-100 in about 23 minutes.

As per Black Shark, the Black Shark 4 will get charged within 15 minutes. As it is a gaming device and even the CEO confirmed the same during the launch of the processor, the device will be powered by the Snapdragon 888.

To recall, the Black Shark 3 Pro that never made it to India, features a 7.1-inch Quad HD+ display with a screen resolution of 3120 x 1440 pixels, 483ppi pixel density, DCI-P3 colour gamut and 500nits brightness.. The smartphone is powered by a Qualcomm Snapdragon 865 processor along with Adreno 650 GPU. The phone is loaded with up to 12GB of LPDDR5 RAM and up to 256GB of UFS 3.0 storage option.

The phone runs on Android 10 and it comes with an in-display fingerprint sensor. The Black Shark 3 Pro is juiced up by a 5000mAh battery with 65W fast charging support.