The two smartphones dubbed as Asus Zenfone Max M2 and the Zenfone Max Pro M2 have been certified by the Eurasian Economic Commission (EEC) in Russia.

Taiwan-based Asus launched Zenfone Max Pro M1 in India this year in April for starting Rs 10,999. Now, six months later, the company seems to be working on its successor. The two smartphones dubbed as Asus Zenfone Max M2 and the Zenfone Max Pro M2 have been certified by the Eurasian Economic Commission (EEC) in Russia. The EEC listing has confirmed the existence of the phones. 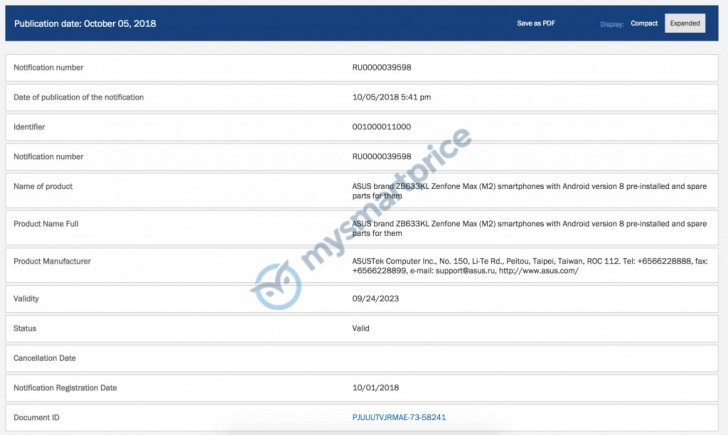 First spotted by MySmartPrice, the Asus Zenfone Max M2 bears model number ZB633KL, whereas the Zenfone Max Pro M2 comes with a model number ZB631KL. The certification has revealed that both the smartphones will run on Android 8 Oreo operating system out-of-the-box, which is a bit disappointing given knowing the fact that Google has already officially released the Android 9.0 Pie. Hope this turns to be a just rumour and the smartphones officially launch with Android Pie. 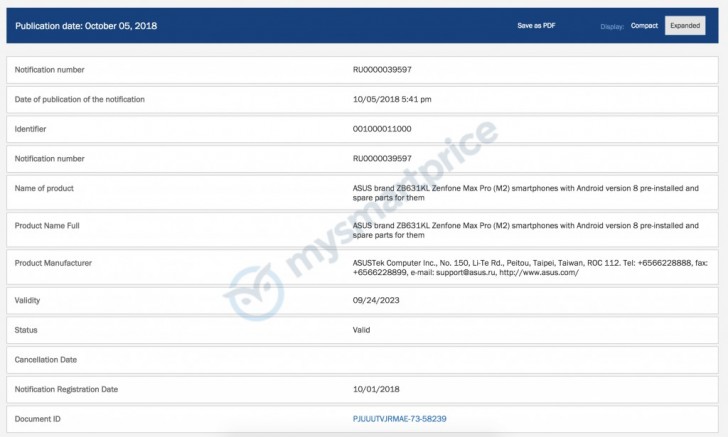 Sadly, the certification has not revealed any specifications or the features of the upcoming smartphones. It is expected that the smartphones will come with a notched display. Also, an upgraded processor for improved performance and a dual rear camera setup are expected in the phones as compared to the predecessor. The battery capacity is also likely to be the 5,000mAh which is similar to the Zenfone Max Pro M1.

It has a dual rear camera setup with a 13MP primary sensor and a 5MP secondary sensor. There is an 8-megapixel front camera for selfies and video calling. It is powered by a Qualcomm Snapdragon 636 processor along with Adreno 509 GPU. On the software front, the Zenfone Max Pro M1 runs Android 8.1 Oreo out-of-the-box and it is backed up by 5000mAh battery. The higher variant with 6GB RAM differs in the camera department with a 16MP + 5MP setup on the rear and a 16MP selfie camera on the front.