The device will come with a 5.7-inch Quad HD display with a screen resolution of 2560x1440 pixels.

Asus is all set to launch its latest smartphone with a massive 5000mAh battery known as Asus Zenfone 3s Max in India, but it seems that the company is working on the next generation of Zenfone series already. The company is expected to unveil its Zenfone 4 series sometime in May 2017 and one of the variants is already listed on the GFXBench revealing some of its key specs and details.

Dubbed as Asus Zenfone 4, the device will come with a 5.7-inch Quad HD display with a screen resolution of 2560×1440 pixels. Under the hood, it will be powered by Qualcomm last year top-of-the-line Snapdragon 820 chipset, along with Adreno 530 GPU. The smartphone will come with a 6GB of RAM and 64GB of internal storage. 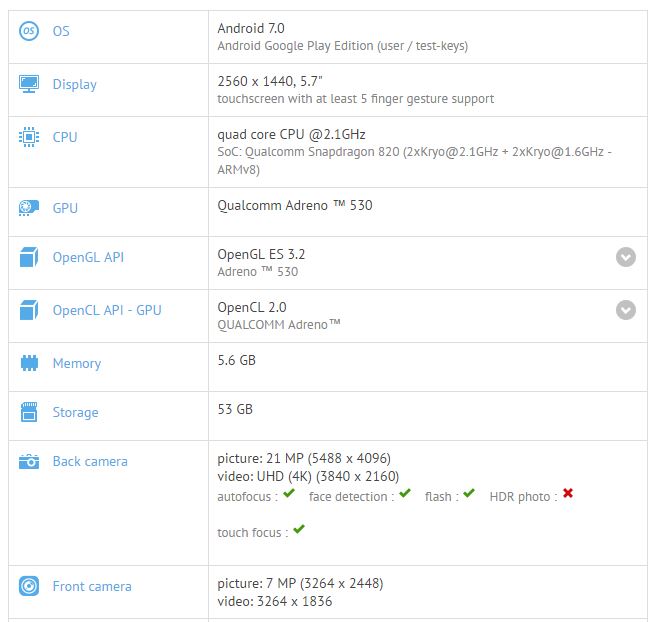 On the camera front, the phone will come with a 21-megapixel rear camera with autofocus, 4K recording, face detection and flash, while for the front there will be an 8-megapixel front-facing camera. The device runs on latest Android 7.0 Nougat, however, there is no mention of the battery backup and connectivity options.

But if we go by previous launches, it is safe to say that the company might launch different versions of Zenfone 4 series with different memory, storage and chipset options. However, we might have to know what Asus has up its sleeve, so stay tuned with us.

Note: The cover image is of Asus Zenfone 3