the smartphone will receive most of the Oreo functions like picture-in-picture mode, improved background app limiting and notification updates.

Asus has already confirmed that the Zenfone 3 and Zenfone 4 series will be updated to the latest Android Oreo soon. Now, some leaked screenshots showing the Oreo-backed Zenfone 3 has been leaked online, which gives us a glimpse of the upcoming update would look like. 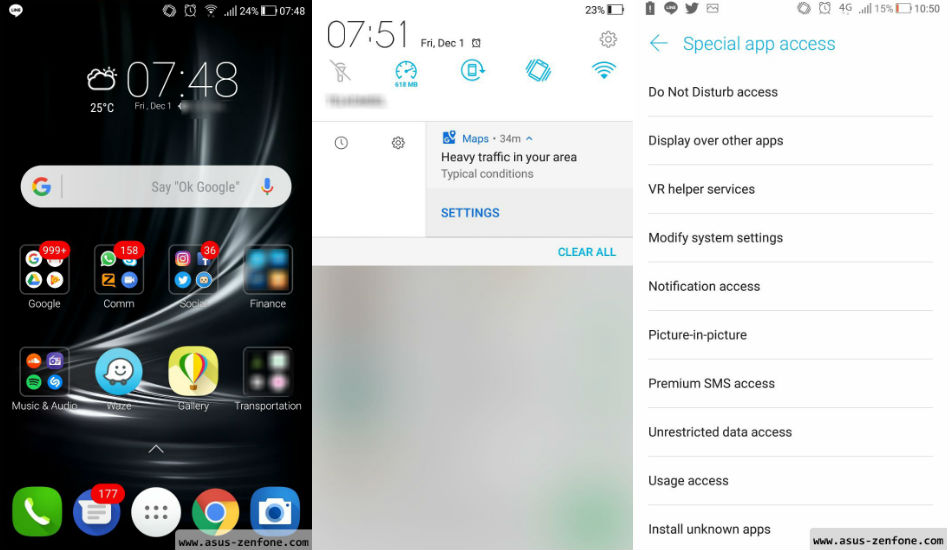 As per the screenshot shared by ZenFoneBlog, the user interface is quite similar to what we have seen in previous ZenUI. The app icons largely remain the same and so is the Setting menu. However, the blog mentions that the smartphone will receive most of the Oreo functions like picture-in-picture mode, improved background app limiting and notification updates.

Post getting the Oreo update, the smartphones will have picture-in-picture mode that lets users to two tasks simultaneously. So, for example, one can minimise a YouTube video while sending a text message or writing an email. Android Oreo has other features like including Background limits, installation of apps via APK, over 60 new emojis, notification dots, Wide-gamut colour for apps, Snoozing individual notification, Adaptive icons, Keyboard navigation, WebView enhancements and much more.

Meanwhile, Asus has adopted the new display trend of 18:9 aspect ratio with it’s latest Zenfone Max Plus (M1). However, there is no information about its price and availability at the time of writing. Starting with the tall display, the Zenfone Max Plus (M1) bears a 5.7-inch full-screen display with a screen resolution of 2160 x 1080 pixels along with a 2.5D curved glass. The smartphone is powered by a MediaTek MT6750T octa-core processor along with Mali T860 GPU, which is a pretty old processor. The phone is available in 2GB RAM + 16GB storage and 3GB RAM + 32GB storage options.