Both the variants come loaded with some similar specifications and are reported to be the members of the newly-launched Zenfone 4 series.

Various variants of an upcoming Asus device bearing model number X00LD and X00LDA has been found listed on benchmarking site, Geekbench. Both the variants come loaded with some similar specifications and are reported to be the members of the Zenfone 4 series.
The Geekbench listing reveals that both the smartphones will run on the latest Android 7.1.1 Nougat and will be powered by an octa-core Qualcomm Snapdragon 430 processor clocked at 1.4Ghz. The Asus X00LD will be backed by a 4GB of RAM. Additionally, the phone has received a benchmark score of 644 on single-core test and 2,500 on multi-core test. 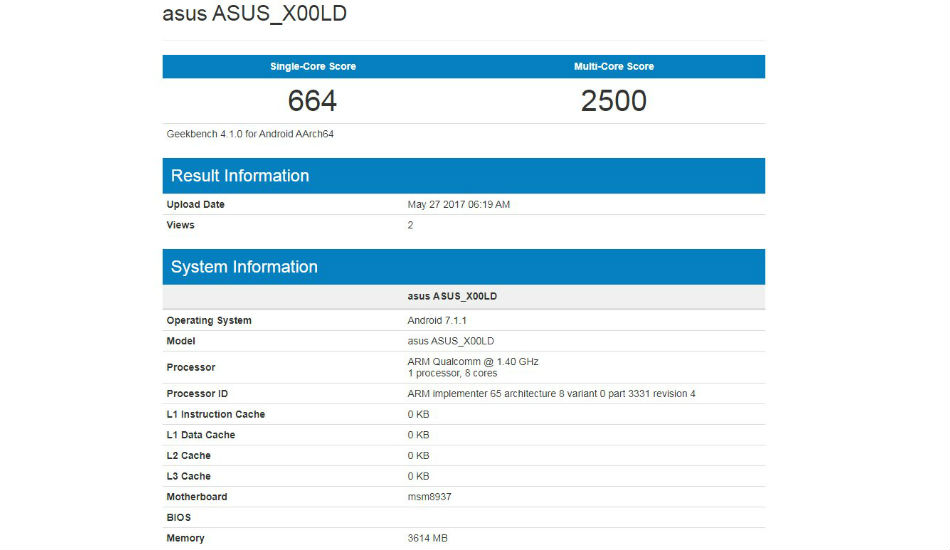 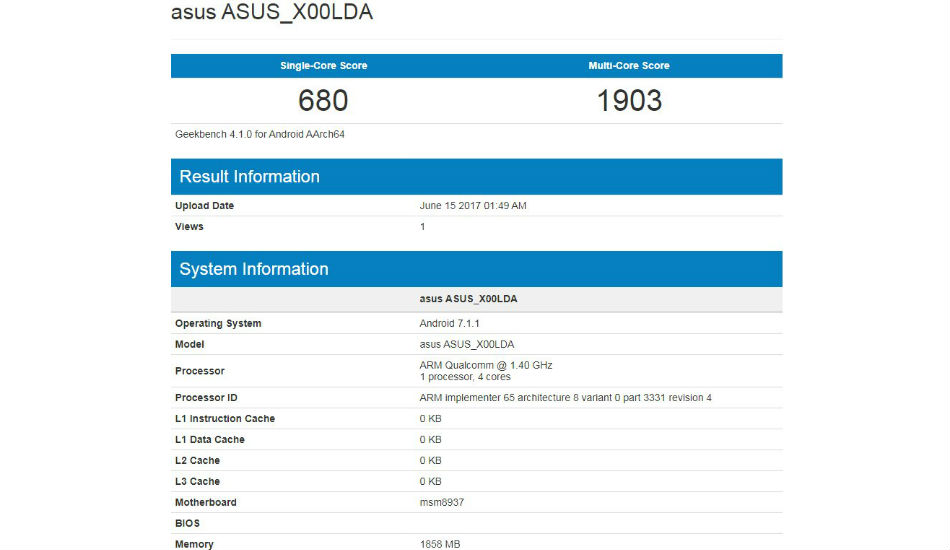 The major highlight of the smartphone is a giant 5,000mAh battery, which the company claims can give up to 46 days of standby time on LTE network and up to 22 hours of video playback. The phone comes with a 10W power charger, which it claims can fully charge the device in 4 hours and 15 minutes and it also comes with reverse charging through which one can charge other gadgets as well.
On the camera front, the device sports a dual-camera setup at the rear panel which comes with a combination of 13-megapixel sensors along with LED flash, 120-degree wide-angle lens (secondary camera) and EIS. For the front, there is an 8-megapixel shooter with aperture f/2.2, 85-degree wide-angle lens and soft LED flash.
The smartphone runs on the latest Android 7.0 Nougat with company’s own ZenUI 3.0 running on top of it. On the connectivity front, it supports 4G VoLTE, WiFi, Bluetooth 4.1, GPS, dual-SIM and microUSB port. It comes with a fingerprint sensor as well. The device measures 154 x 76.9 x 8.9 mm and weighs 181 grams.