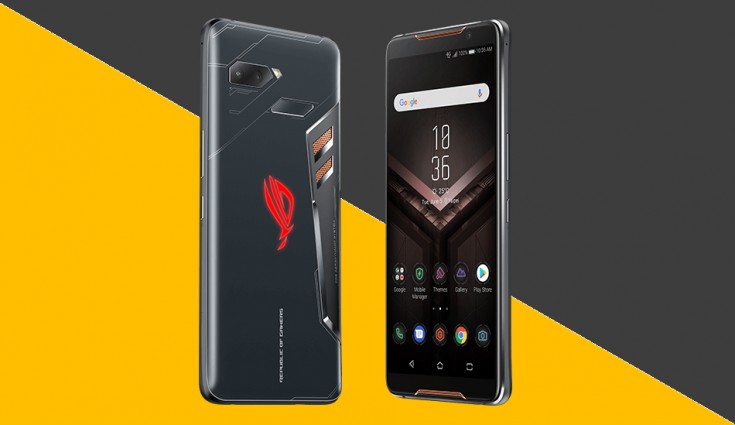 The ROG Phone from Asus has now been spotted running Android 9 Pie which is Google’s latest mobile OS. It was launched in November for Rs 69,999.

The Asus ROG Phone was announced last year but it only arrived in India by the end of November for an asking price of Rs 69,999 as a Flipkart exclusive. The first gaming smartphone from Asus currently runs on Android 8.1 Oreo but from the looks of it, the device will soon be updated to feature all the goodies from Google’s latest Android 9 Pie.

The ROG Phone from Asus has now been spotted on benchmarking site Geekbench running Android 9 Pie which is Google’s latest mobile OS. The device being benchmarked scored 2,403 points on single-core and 8,889 points on multi-core tests where the base frequency was set to 1.77 GHz. 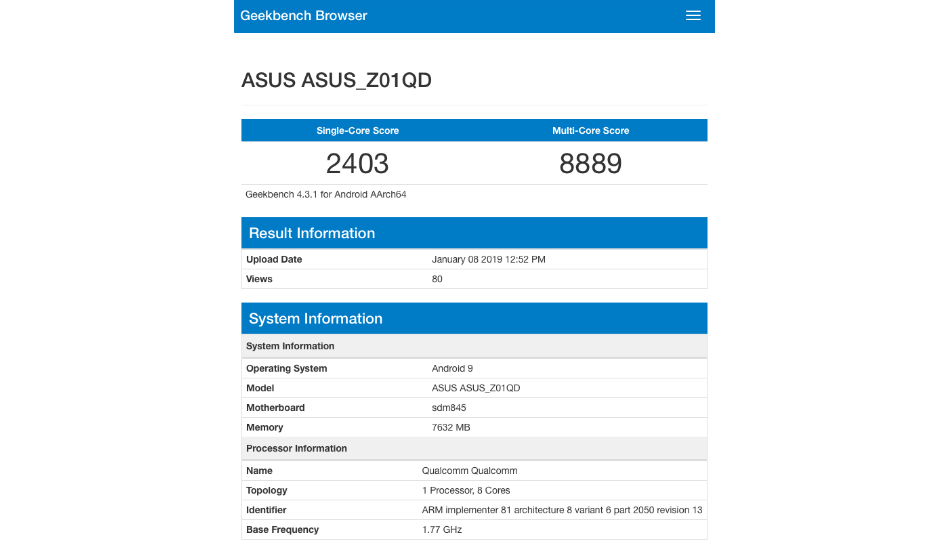 While the device has been spotted on Geekbench, it might take more than a few weeks for the Taiwanese giant to start rolling Android Pie on the ROG Phone. The listing was first recorded on January 8 and there has been no official word from the company about the release schedule of the update.

To recall, the Asus ROG Phone comes with a 6-inch FHD+ AMOLED HDR panel that has a high refresh rate of 90Hz and a response time of 1ms. The gaming phone comes with a custom version of the Qualcomm Snapdragon 845 SoC, clocking in at 2.96Hz instead of the regular specced 2.8GHz clock speed. It’s coupled with 8GB of RAM and up to 512GB of onboard storage.

The ROG Phone has three ultrasonic pressure sensitive zones, a GameCool system, a 3D Vapor chamber and an X Mode for all your gaming needs. It packs a dual 12MP + 8MP camera at the back which is set up horizontally adjacent to each, not so far away from the rhombic-designed fingerprint scanner at the back. All of this is powered by a massive 4,000mAh battery which supports ASUS HyperCharge technology for faster-charging cycles.