Asus made Nexus 7 (2013) tablet features a 7-inch IPS display with 1080p HD resolution and has 323 pixels per inch. Display flaunts higher pixel density than the predecessor model and is made using the Corning Gorilla Glass technology. This tablet is powered by a quad-core 1.5 GHz Qualcomm Snapdragon S4 Pro mobile SoC which is paired with Adreno 320 graphics and 2 GB RAM. By default, the new Nexus 7 tablet runs Android 4.3 Jelly Bean and is upgradable to Android 4.4 KitKat. 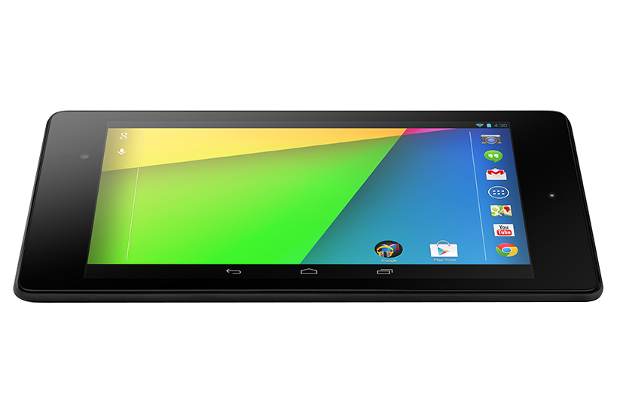 At the rear, the new Nexus 7 tablet has 5 megapixel camera with autofocus and capability of recording a full 1080p HD video at 30 frames per second. In the front lies a 1.2 megapixel camera meant for video calls and Google Hangouts. ASUS has packed a 3950 mAh battery inside the slim chassis to make the tablet run roughly for 9 hours.

At this moment, Google Play Store offers 16 GB, WiFi only model of the tablet for Rs 20,999 while its 32 GB version is offered in WiFi only model for Rs 23,999 and WiFi+LTE model of the tablet is available for Rs 27,999. Soon, the mega electronics stores such as Croma, Reliance Digital, Vijay Sales and others will start offering the new Nexus 7 (2013) models at the same price.