Video of Apple’s iPhone SE 2 leaked. Check out its design and possible specs 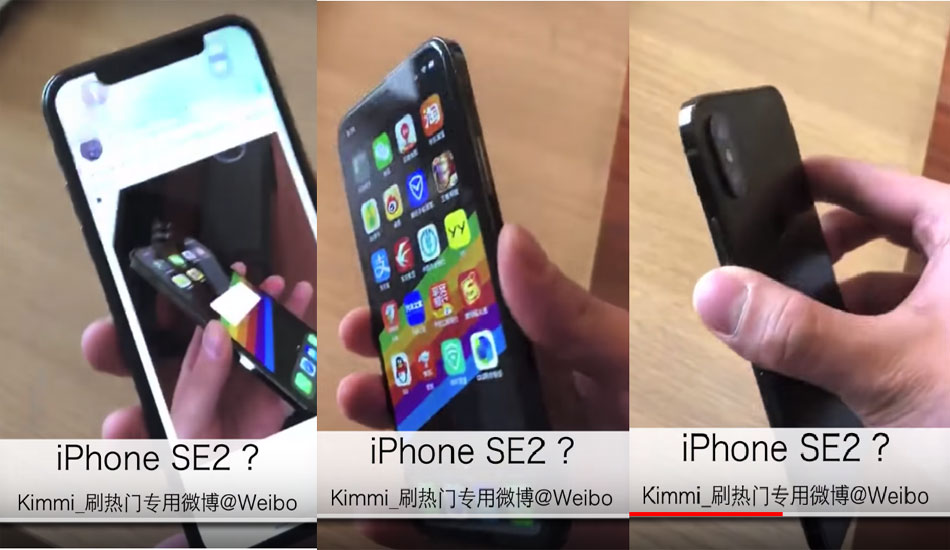 Apple is expected to launch the so called iPhone SE 2 at the Worldwide Developers Conference (WWDC) later this year in June.

Apple is expected to launch the iPhone SE 2 later this year. Meanwhile, a purported video of the device has been leaked online as per which the handset will have a bezel-less display with the same notch as the iPhone X.

The video, which was found in Chinese social network website Weibo, shows flattened aluminium side panels unlike rounded shape of iPhone X. But the phone sports the same notch which features in iPhone X. In the back there is a vertical dual camera set-up.

In the past, a report claimed that the SE 2 will feature a 4.2-inch display, which is an upgrade from 4-inch display on the original iPhone SE. The report further mentions that the iPhone will be powered by the latest A10 fusion chipset, which is present in the iPhone 7 and iPhone 7 Plus.

The report further highlights that the iPhone SE 2 will be backed by a 2GB of RAM and 32GB of native storage. Interestingly, there could be another variant that will come loaded with 128GB of internal storage. The iPhone SE 2 will not come with bezel-less display and it will not come with Face ID. The phone will instead feature the second generation of a Touch ID fingerprint sensor, which is embedded in the home button. As for the price is concerned, the iPhone SE 2 is reported to be priced at 4,000 Yuan in China, which roughly translates to Rs 40,858.

This is not the first time we are hearing about iPhone SE 2. The so-called iPhone SE2, Digitimes claimed, will be produced in the second quarter of this year. It will have a glass back similar to that of iPhone 8, iPhone 8 Plus and iPhone X, the report claimed. It is being said that the iPhone SE2 will have same features as the iPhone 7, which means it could offer A10 chip, 2GB of RAM, 32/64 GB storage, 12/5 MP cameras and a 1700 mAh battery.

Apple is expected to launch the so called iPhone SE 2 at the Worldwide Developers Conference (WWDC) later this year in June.