Apple has officially announced the affordable smartphone -Apple iPhone 5C, calling it unapologetically plastic. This much speculated device is now a reality. Apple iPhone 5C is aimed at reaching out to more and more people by offering similar experience of the new iPhone model but with some limitations. For starts, the iPhone 5C is made using polycarbonate chassis, will have last generation processor and same 4-inch Retina display. Apple expects to make the iPhone 5C available for pre-orders from September 13 and hit the stores along with the iPhone 5S from 20 September onwards.

Apple followed a norm of lowering the price of year old iPhone model while introducing a new iPhone model every year. But this year, the company has decided to change things a bit. Apple has introduced two new iPhone designs that succeed the iPhone 5. In a way, Apple indeed has succumbed into offering an affordable version of iPhone model – iPhone 5C.

The new iPhone 5C is Apple’s way to bid adieu to the 3.5-inch touchscreen display and resolution. The iPhone 5C is made using seamless, no joints or part lines. Apple has used hard-coated polycarbonate to construct the glossy chassis of the iPhone 5C back panel. The iPhone 5C is 8.97 mm thick and weighs about 132 grams. Apple will offer the iPhone 5C in five different colours – White, Pink, Yellow, Blue and Green.

The iPhone 5C has a 4-inch Retina IPS panel display with great viewing angles and supports multi-touch. By default, this display has 1136×640 pixel resolution and offers pixel density of 326 pixels per inch. Apple has offered 800:1 contrast ratio for this display and has used finger-print resistant oleophobic coating on the touchscreen.

Apple has used the same Apple A6 System on Chip inside the iPhone 5C but we believe that this smartphone deserves a faster Apple A6X System on Chip used in the current iPad model. At the back, Apple has used 8 megapixel iSight camera with five-element lens and hybrid IR filter. This camera is accompanied by an LED flash. The 8 megapixel iSight camera module has f/2.4 aperture for wide-angle imaging and it can also shoot panorama images. Apart from that, the camera can flawlessly record full 1080p HD video at 30 frames per second and can take still photo while recording a video. Apple has added Video Stabilization and Face Detection as add-ons for video recording.

Apple has also tweaked the Camera app to shoot images in square format and also use the Instant filter features for making those images more interesting. In the front is a 1.2 megapixel FaceTime camera with 720 HD video recording support and capability to hold FaceTime HD video calling. The iPhone 5C will be able to engage in FaceTime over Wi-Fi as well as Cellular network with other FaceTime-enabled device. 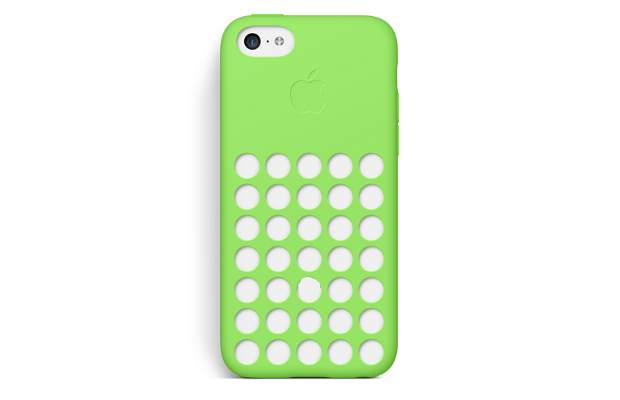 Apple has added a three-axis gyroscope sensor along with accelerometer, proximity sensor and ambient light sensor. Other features include dual-band Wi-Fi (802.11 a/b/g/n), Bluetooth 4.0, Digital Compass and Assisted GPS with GLONASS support. Of course, the new iPhone 5C will come with Siri and other several updates with the iOS 7 software update that will be pre-loaded on this smartphone. Indeed, the iPhone 5C will have the Lightening Connector port.

The battery capacity has not been specified but Apple promises 10 hours of web browsing time over LTE networks, 10 hours of talk time and 10 hours of video playback time.