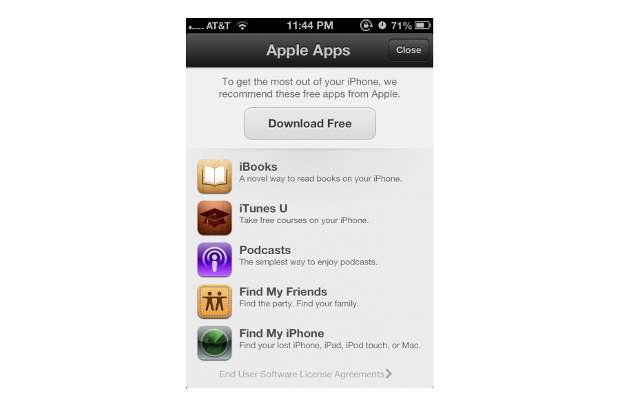 Now Apple device users in India can buy books, movies, songs from iTunes India store and pay for the same in Indian currency too.

Apple, the maker of iPhone and iPad devices, has now opened up its iTunes Store for Indians. This means that any user of Apple devices can now buy music, movies and books from the Apple application store through its iTunes software which is available for most of its devices.

The iTunes Store so far was not available for users of iPhone, iPad and iPod devices based in India. With this move, Indian has now part of 119 countries where the Apple app store is available for a long time. Earlier, Indian users could only buy apps from the store and that too they had to pay in dollars but now not only they can buy books, music and even movies, they can also pay it in India currency which would save them a lot of headache.

“The iTunes Store has arrived. Now you can shop at the world’s No.1 music store. Which means you can browse and buy songs, albums and films anytime you want,” Apple announced on its iTunes India store (http://www.apple.com/in/itunes/).

The iTunes Store for India comes with plethora of content in terms of music, movies and books. You can either listen or download songs and movies of desi actors and singers. For example, Salman Khan starrer Ek Tha Tiger is now available for purchase for Rs 290 while you can purchase most of the songs for Rs 12 each.