Besides, Apple is also expected to announce new iOS version (iOS 9.3) along with watchOS 2.2 and tvOS 2.2 during today's event.

Apple is holding an event today during which it is expected to unveil its latest iPhone and a new iPad version. Though Apple has not said anything about launch of any device, many expect it to announce its latest gadgets including the much rumoured iPhone SE and a 9.7 inch iPad Pro. 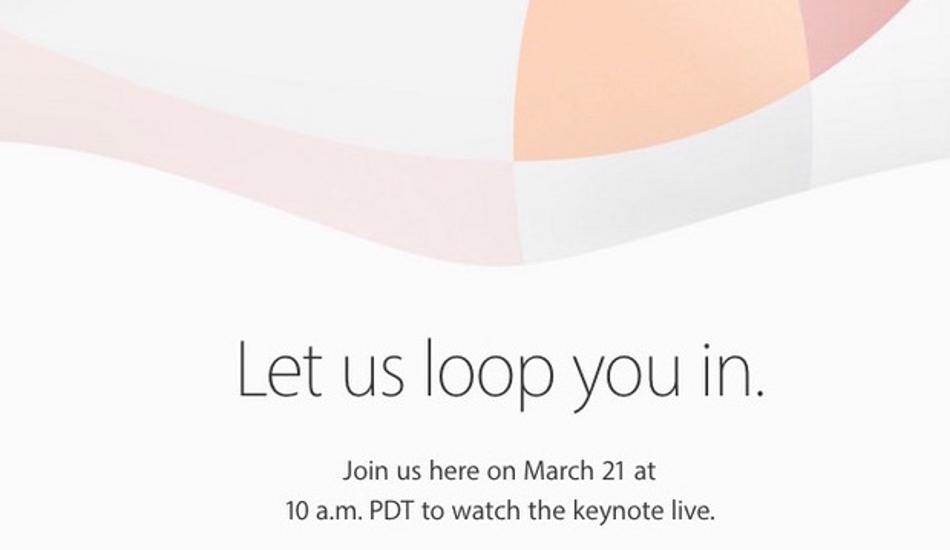 If Apple launches its devices on March 21 then it would be for the first time that the Cupertino based company would launch a device in the first quarter of the year instead of the September period. 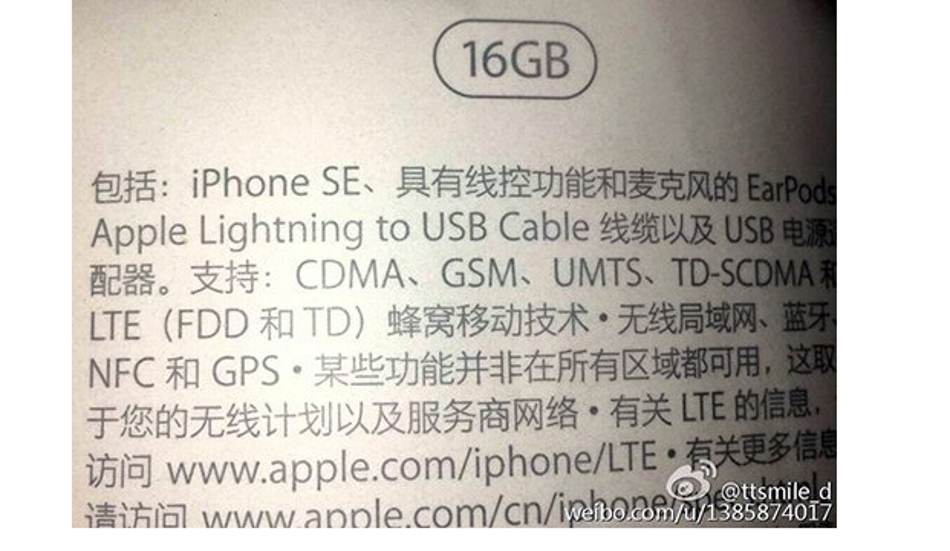 Coming to the rumoured devices, the speculated iPhone SE is expected to have iPhone 6s like features but with iPhone 5s like design.

As per rumours, this device may come with a 4 inch screen, 12 megapixel rear camera, 16/64 GB storage, 1642 mAh battery, WiFi (ac) and Bluetooth 4.2. The purported 9.7 inch iPad Pro, which is expected to be announced instead of an iPad Air 3, is reported to come with a 12 megapixel camera.

Recently, an alleged retail box of iPhone SE got leaked online which shows the name of the phone as iPhone SE. Besides, the leaked image shows 16 GB of internal storage, LTE, NFC and GPS.

Besides, Apple is also expected to announce new iOS version (iOS 9.3) along with watchOS 2.2 and tvOS 2.2 during today’s event.