Both the devices will be available in India starting from September 29 at a starting price of Rs 64,900 and will come in Gold, Grey and Gold colour options.

The major highlight of the devices is the new glass design at the back, which is made using a seven-layer color process for precise hue and opacity, delivering a rich depth of color with a color-matched aerospace-grade aluminum bezel. Both the smartphones are water and dust resistant.

Both the iPhones sports Retina HD displays with True Tone feature that adjust the white balance of the display to match the surrounding light for a more natural, paper-like viewing experience. The iPhone 8 features a 4.7-inch screen, while the iPhone 8 Plus features a 5.5-inch display. Both the devices also feature stereo speakers setup, which the company claims are up to 25 percent louder and deliver deeper bass and speakerphone calls. 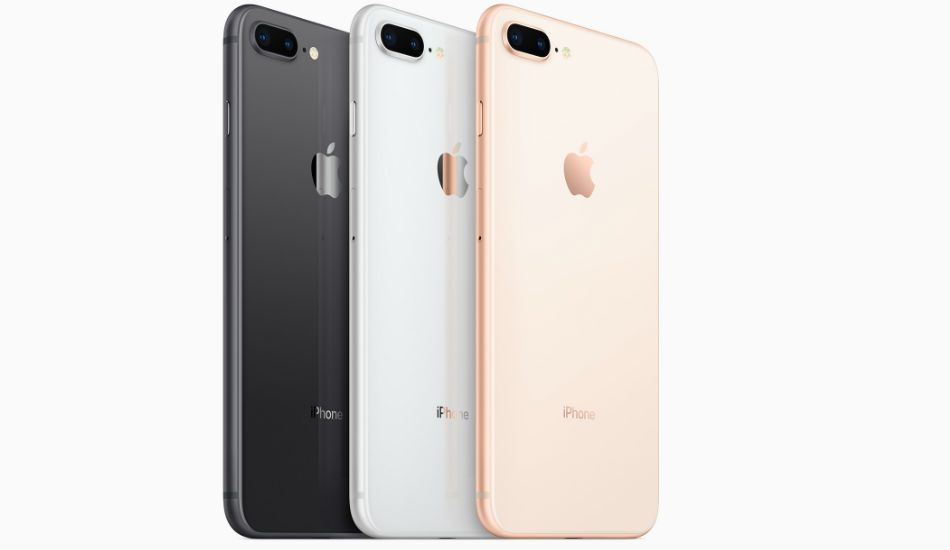 The iPhone 8 and iPhone 8 Plus are powered by the latest A11 Bionic chipset, which the company’s claim is “the most powerful and smartest chip ever in a smartphone.” The chipset features two performance cores that are 25 percent faster and four efficiency cores that are 70 percent faster than the A10 Fusion. A11 Bionic also integrates an Apple-designed GPU with a three-core design that delivers up to 30 percent faster graphics performance than the previous generation. All this power enables incredible new machine learning, AR apps and immersive 3D games. Both the devices come in two storage options: 64GB and 256GB.

Talking about AR apps, the iPhone 8 Plus is tuned for augmented reality experience. The brand says that each camera is individually calibrated for accurate motion tracking and GPU enables graphics at 60fps, while the image signal processor does real-time lighting estimation. This gives an immersive experience.

The new camera also delivers the highest quality video capture ever in a smartphone with better video stabilization, 4K video up to 60fps and 1080p slo-mo up to 240fps. The Apple-designed video encoder provides real-time image and motion analysis for optimal quality video.

The company has also introduced a new Portrait Lighting mode, which brings dramatic studio lighting effects to the latest iPhone 8 Plus. It uses the dual cameras and the Apple-designed image signal processor to recognize the scene, create a depth map and separate the subject from the background. Both the iPhones run on the latest iOS 11 and support wireless charging, Bluetooth 5.0, Touch ID, LTE advanced and more.