Apple has announced that the iPhone 6 and iPhone 6 Plus will be available for prebooking in India from September 7 but has not revealed their prices.

Apple has finally broke the suspense surrounding the availability of its new iPhone 6 and iPhone 6 Plus smartphones in India. The leading smartphone maker said that the two handsets will be available for pre-booking from today (12 noon)while normal sales will start from October 17 (next week).

Earlier, Apple had only said that the iPhone 6 Plus will be available in the country from October 17. Both the handsets were announced last month.

It comes with a 4.7 inch LED backlit IPS display with shatter proof glass and Oleophobic coating. This display has 1334×750 pixels resolution. The iPhone 6 is only 6.9 mm thick and weighs 129 grams. The iPhone 6 is powered by Apple A8 chipset which combines a 1.4 GHz dual core processor, PowerVR GX6450 GPU, and 1 GB RAM. It is currently based on iOS 8 operating system. 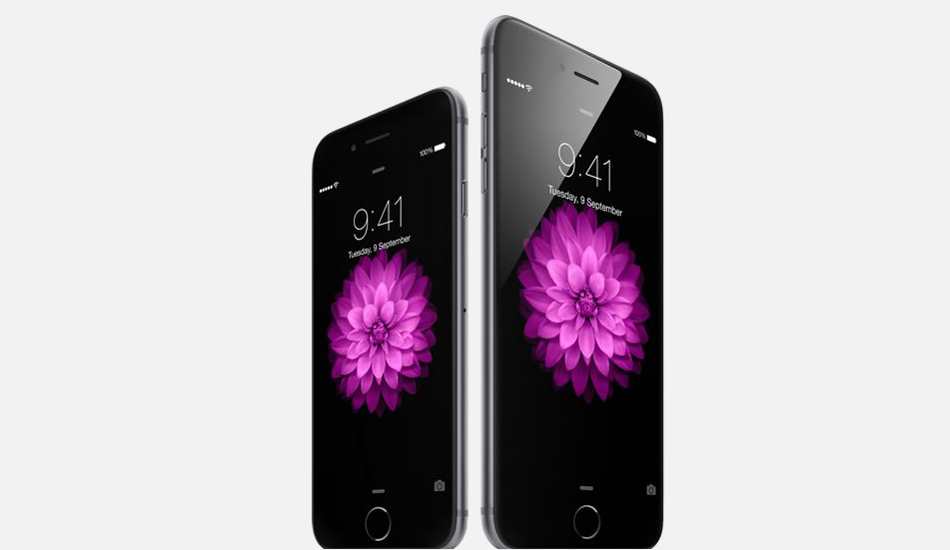 The Apple iPhone 6 has a 1810 mAh Li-Po battery that claims to offer 14 hours of 3G talktime. Note that it has only one SIM slot (nano SIM) and offers 4G connectivity. Besides, it has NFC, USB 2.0 port, dual band WiFi, and Bluetooth 4.0 LE version with A2DP. It too has fingerprint sensor. There is an 8 megapixel camera in its rear along with two LED lights while a 1.2 megapixel unit is in its front. It comes in 16, 64, and 128 GB storage versions and has no expandable storage slot.

It has the same features as the iPhone 6 apart from a bigger display and battery. Its 5.5 inch display has full HD (1920 x1080 pixels) resolution. This display too has shatter proof glass and Oleophobic coating. Despite having a huge display, the iPhone 6 Plus weighs only 171 grams and is 7.1mm thick.

The Apple iPhone 6 Plus has a 2915 mAh Li-Po battery offering 24 hours of 3G connectivity.