Apple iPhone 5S and iPhone 5C, which were launched two days back, have been listed on Saholic – an Indian online retailer. It is to be noted that the iPhone 5S and 5C will start retailing in the international market starting this September 20.

This phone comes with a 4 inch touchscreen with 1136×540 pixels resolution. It has three axis gyro sensor, proximity sensor, accelerometer, ambient light sensor, and even digital compass. It would be available in pink, white, yellow, blue, and green colours.

The colourful iPhone 5C has 1 GB RAM, 8 megapixel rear camera, and a 1.2 megapixel front camera which is capable of recording high definition videos. Besides, the Apple iPhone 5C has 1.3 GHz dual core Apple A6 processor, WiFi, Bluetooth 4.0, micro USB 2.0, GPS with A-GPS, iOS 7 operating system, and a Li-Ion battery capable of giving 9 hours of talktime both on 2G and 3G networks. 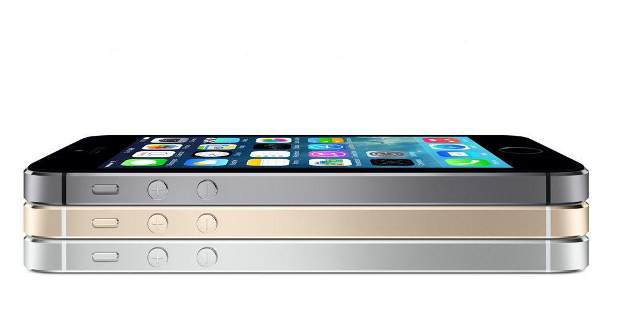 Besides, the iPhone 5S has 8 megapixel rear camera, 1.2 megapixel front camera which is capable of recording high definition videos, iOS 7 operating system, the newly announced 64 bit Apple A7 processor, OpenGLES 3.0 graphics processing unit, WiFi, Bluetooth 4.0, micro USB 2.0, and GPS with A-GPS. It has a 1440 mAh Li-Ion battery that is said to provide 10 hours of talktime on 2G and 9 hours of talktime on 3G network.

For more information on these two phones, you can refer the articles mentioned below in the Related section.