Apple iOS device users got worried after a bug that would let anyone bypass the security screen was reported. Apple took the issue seriously and now has released a new iOS 6.1.3 update for the iPhone, iPad and iPod Touch. 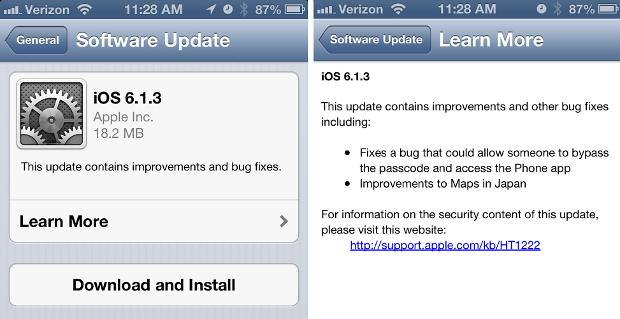 For Japan based users, several improvements have been added to the native Apple Maps app in this update.

The Apple iOS 6.1.3 update has about 18.2 MB of data over the air and we recommend installing this update on your iOS based iPhone, iPad and iPod Touch models.