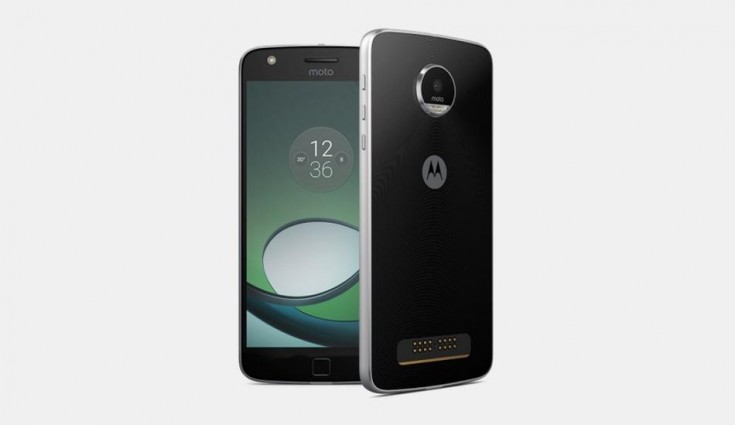 Motorola has finally rolled out the latest Android Nougat update for its Moto Z Play smartphone in India. The smartphone was launched last year in India with Android 6.0.1 Marshmallow operating system. The update comes with the newer version NPN25.137-15-2. The Moto Z Play with Android Nougat operating system was spotted in December last year as the device got WiFi certification from the WiFi Alliance (WFA).

The company advises you to update when the battery in your phone is at least 50% charged and you are connected to a Wi-Fi network. Users must have 2GB of free space to download and install the update as the update weighs 1121.1MB. Since the update is being rolled out over-the-air, it may take some time before it comes to your device. One can also manually check for the update by going to Settings ->About Phone -> Software Update. 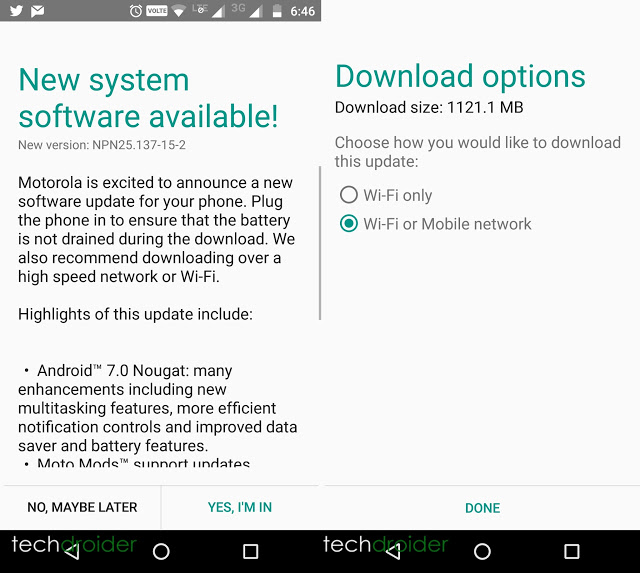 You can check the detailed features of the update here.

The Moto Z Play was launched in India back in October 2016 for Rs 24,999 along with the Moto Z smartphone. The smartphone comes with an aluminium frame and glass back wrapping a 5.5 inch full HD Super AMOLED display. Moto Z Play is packed with a 3510 mAh non-removable battery which promises up to 45 hours of battery life and is said to be Moto’s longest-lasting battery ever. It supports TurboPower charging technology as well through which one get juice for up to 8 hours in just 15 minutes.

For packing in your data, the device has 32 GB of internal storage which is expandable up to a 2 TB via micro SD card. Now running on Android Nougat, the device is only 6.99 mm thick and comes with water repelling coating on its body. For connectivity, the device comes with dual SIM functionality and has Bluetooth 4.0 LE, WiFi (a/b/g/n), NFC, AGPS, USB Type-C port, 3.5 mm port etc. Being a device sporting a modular concept, it comes with Moto Mod connectors through which one can attach various Moto Mods. Apart from that, it sports 3 microphones, a fingerprint scanner, accelerometer, ambient light sensor, gyroscope, magnetometer, proximity, and audio monitor.

Motorola has already rolled out the latest Android Nougat update for its Moto Z smartphone in India in December last year. The update comes with the newer version NPL25.86-15 and makes Moto Z Google Day-Dream ready enabling the users to use a VR headset with the phone.