Android Nougat rolled out for Samsung Galaxy On Nxt in India 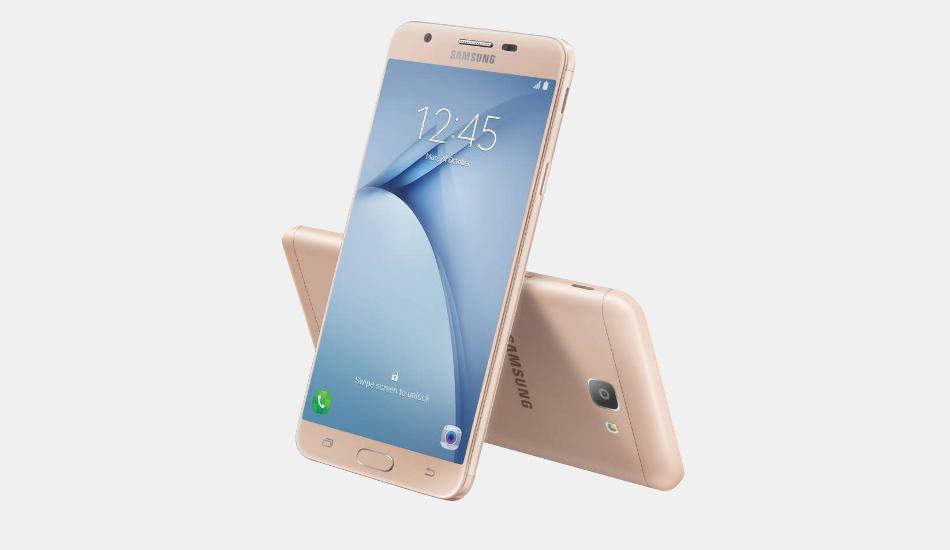 Samsung has now rolled out the Nougat 7.0 update for its Samsung Galaxy On Nxt smartphone also in India, Samsung launched the Galaxy On Nxt 64GB smartphone in India earlier this year with Android 6.0 Marshmallow operating system. The update also includes the Dual Messenger feature that lets you setup two accounts of a social networking site. The Samsung Galaxy On Nxt 32GB was launched last year in India with Marshmallow. Since we have got the Nougat in 64GB variant, We expect the Samsung to have rolled out the Nougat update to 32GB variant as well.

The software firmware version for this update is G610FXXU1BQH8 for the Samsung Samsung Galaxy On Nxt with a file size of 1139.63MB. Do keep in mind that before you go for the downloading and installing the update, check the battery and storage of your smartphone. It should have at least 50 percent of charge and 2GB of free space is available. Since the update is being rolled out via over-the-air (OTA), it may take some time before it comes to your device. One can also manually check for the update by going to Settings ->About Phone -> Software Update. 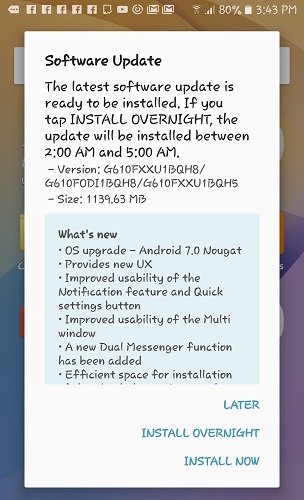 The Samsung Galaxy On Nxt has a full metal unibody design and features a 5.5-inch full HD (1920 x 1080 pixels) display with 2.5D Gorilla Glass protection. It is powered by a 1.6 GHz octa-core Exynos 7870 processor, which is paired with ARM Mali T830 MP1 GPU, It comes with 3GB of RAM, and 32GB/64GB of internal storage, which can be further expandable upto 256GB via MicroSD card.