Both the handsets are available online and come with the latest Android operating system. 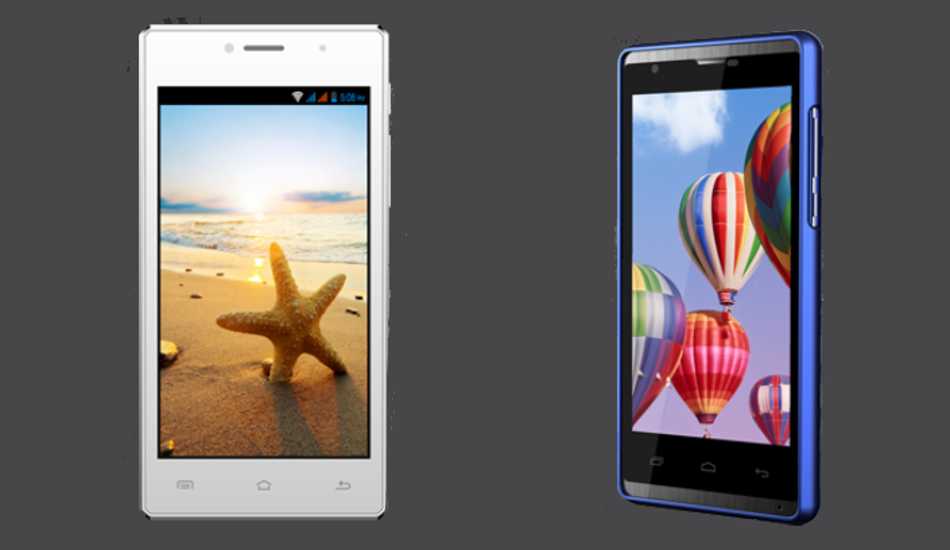 Besides, the Stellar 449 has a 1450 mAh battery which claims to offer only 4 hours of 2G talktime. It has the usual WiFi, Bluetooth, and micro USB port as well. This handset has a 3.2 megapixel rear camera and a 1.3 megapixel front camera.

The Spice Mi-508 offers a bigger 5 inch screen but with the same 480×854 pixels resolution. It has a 1.3 GHz dual core processor, Android 4.4.2 KitKat operating system, 4 GB ROM, and 512 MB RAM. There is an expandable storage slot in this phone as well which can accommodate a card of up to 32 GB capacity.

Other than that the Mi-508 comes with an 8 megapixel auto focus rear camera, a 2 megapixel front camera, LED flash light, WiFi, and Bluetooth. It has a 2000 mAh battery.