his latest Android Lollipop OS brings a host of improvements including a new Material Design language, which gives a whole new colorful look and feel to the device.

As stated by The Mobile Indian earlier, Xolo has updated its Xolo One smartphone to Android 5.0 Lollipop operating system. Xolo had promised to issue the update during its launch itself last October. At 6,599, the Xolo One thus now becomes the cheapest Android Lollipop device as none of the Android One devices nor Moto E have got the latest software.

“The update has been rolled out via OTA (over-the-air) and it can also be manually downloaded from the official XOLO support site. XOLO Users can download the OTA files on to their PC and transfer the same to their phone to install it. Else, users can also directly download the same on to their phone and after unzipping the same, install it to enjoy the Lollipop version on their device,” Xolo announced today via a press release. 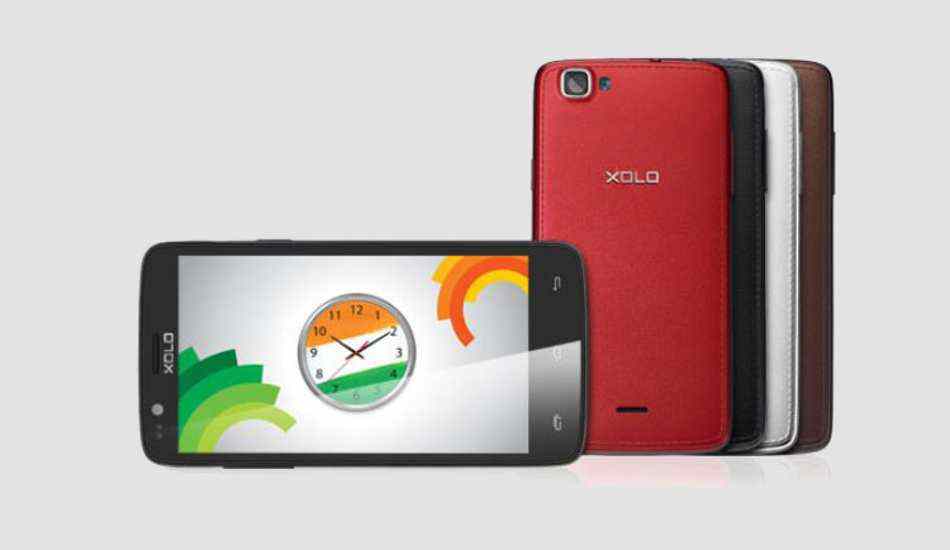 This latest Android Lollipop OS brings a host of improvements including a new Material Design language, which gives a whole new colorful look and feel to the device – from fluid animations to added themes, colors and widgets. Notifications are also improved as users can set the priority and privacy of notifications for each application. Users can view important notifications directly on the lock screen. Moreover, shortcut keys for camera and dialer can now be directly accessed from the lock screen. Quick Settings also gets a revamp and offers handy controls like flashlight, hotspot, screen rotation and cast screen controls. The Battery setting gets a boost and shows an estimated projection for how much time is left while discharging or charging.

Xolo One comes with leather finish back panel and is available in six vibrant colours. The handset measures 128 x 64.3 x 9.3 mm and comes with a 4.5 inch display. This IPS screen has 5 point touch support and has 480×854 pixels resolution. The handset has a 1.3 GHz quad core processor, Mali 400 MP2 GPU, and 1 GB RAM. The phone has also decent 8 GB internal storage and a 32 GB micro SD card slot.

Besides, Xolo One comes with a 1700 mAh battery that promises 8 hours of 3G talktime. This handset has a 5 megapixel rear camera besides which lies an LED flash light. In the front it has a VGA camera. The cameras are of fixed focus in nature. The Xolo One has two SIM slots offering 3G connectivity, micro USB 2.0 port, Bluetooth 4.0, and WiFi.