The newly uploaded images show no sign of the expected rear fingerprint sensor on the device.

After launching Xiaomi Redmi 4 smartphone recently, the company seems to be working on its next Redmi smartphone. Some live images of a smartphone which is dubbed as Xioami Redmi 5 have now surfaced online. Earlier, a Xiaomi smartphone with model number MAE136 which was said to the alleged Redmi 5 was spotted on TENNA, a Chinese certification website.

As per a report of MobileXpose, the Redmi 5 smartphone will come with a polycarbonate body and will be powered by ARM processor clocked at 2GHz. However, the earlier TENAA listing showed that the Redmi 5 will instead come with a full metal body and with a processor clocked at 1.4GHz. The front of the device shows a LED flash along with MI logo. Apart from that, the newly uploaded images show no sign of the expected rear fingerprint sensor on the device. We suggest you take these images with a pinch of salt as, at this point, we can’t confirm you the authenticity of these images. 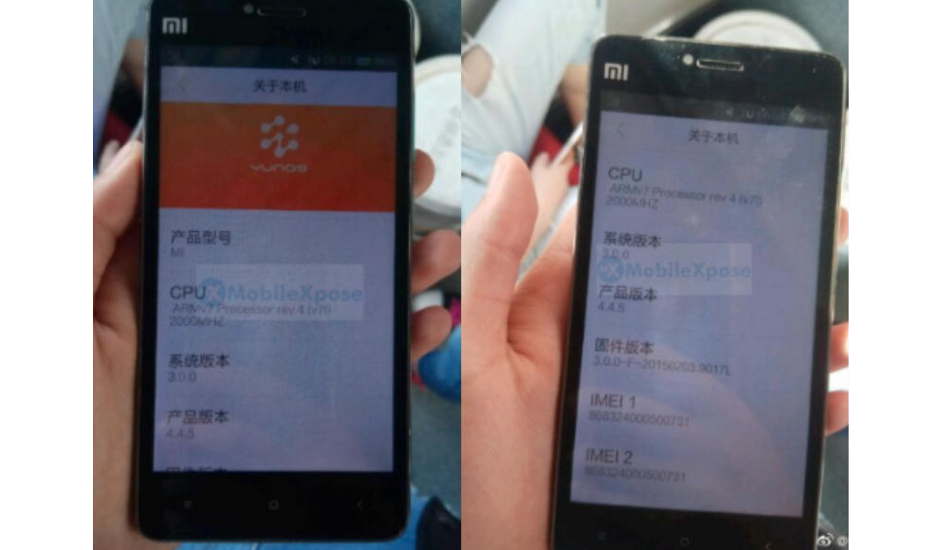 As per the earlier TENNA listing, the Xiaomi MAE136 will feature a 5-inch HD display with a resolution of 720×1280 pixels. It will be powered by a 1.4GHz octa-core processor, along with 3GB of RAM and 32GB of internal storage. The smartphone will also have an option to expand the memory up to 128GB via microSD card. The smartphone will run on Android 6.0.1 Marshmallow operating system and is backed up by a 4000mAh battery.

On the camera front, the MAE136 smartphone will sport a 13-megapixel rear camera with LED Flash, and a 5-megapixel front-facing camera for selfies and video chats. The smartphone will also have a fingerprint scanner which will be placed on its back panel. Besides, the smartphone offers Dual SIM, 4G LTE, WiFi (802.11 b/g/n), Bluetooth 4.1, GPS, a microUSB port, Gravity sensor, Distance sensor, and Light sensor. The handset measures 139.24 × 69.94 × 8.65 mm and weighs 150 grams. Further, as per listing, the phone will be available in Gold, Rose gold, Matte black, and Dark Grey colour options.