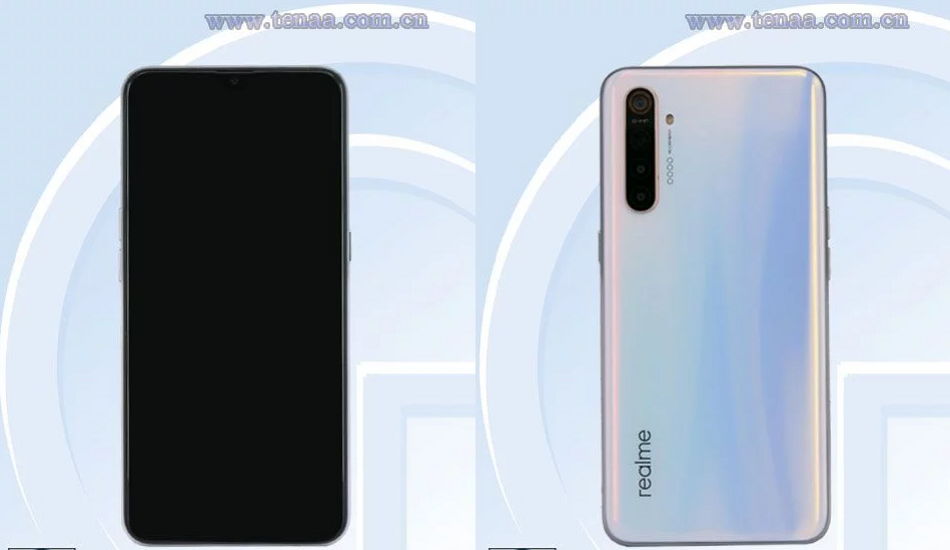 The Realme RMX1991 is likely to be an improved version of the Realme XT for China.

Realme XT will be launching in India on September 13. Now a new Realme smartphone with model number RMX1991 has been certified by TENAA in China. It is expected that the RMX1991 could be the rumored Realme XT Pro.

As per the TENAA listing, the alleged Realme XT Pro will feature a 6.4-inch full HD+ AMOLED with 1080 x 2340 pixels resolution. It will be powered by 2.2 GHz octa-core processor coupled with 6GB of RAM and 64GB internal storage. A microSD card slot is available on the device for expanding its storage.

The Realme phone runs Android 9 Pie OS out-of-the-box and it has a 4,000mAh battery. For the camera, there will be a quad-camera setup on the top-left with 64-megapixel primary sensor, an 8-megapixel sensor and a pair of 2-megapixel sensors. The front has a 32-megapixel selfie snapper. It is equipped with an in-screen fingerprint reader. The Realme RMX1991 measures 158.7 x 75.2 x 8.6mm and it weighs 182 grams.

The RMX1991 has also surfaced on 3C’s database which has revealed that the phone may ship with a 30W charger.

The Realme RMX1991 is likely to be an improved version of the Realme XT for China. The TENAA listing reveals almost similar specifications as the realme XT. The only difference is that it will be powered by Snapdragon 730G instead of Snapdragon 712 and a 32-megapixel front camera instead of a 16-megapixel camera.

The Realme XT features a 6.4-inch Super AMOLED display with a waterdrop notch design. It sports a quad-camera module which houses a 64-megapixel Samsung ISOCELL Bright GW1 sensor with an f/1.8 aperture and electronic stabilisation, an 8-megapixel wide-angle camera, a 2-megapixel macro camera and a 2-megapixel depth sensor. For the front, it comes with the 16-megapixel sensor for selfies.

The smartphone runs on Android 9.0 based on ColorOS 6.0 and comes packed with 4000mAh battery along with VOOC 3.0 flash charge support. It is powered by a Qualcomm Snapdragon 712 AIE processor coupled with up to 8GB RAM with 128GB of storage.