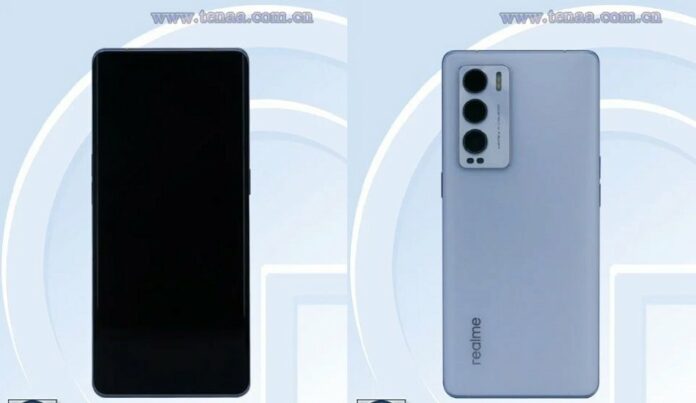 An unannounced Realme smartphone has appeared on TENAA certification database revealing the key specs and images of the upcoming phone.

Noted tipster Mukul Sharma on his Twitter handle has revealed that Realme phone on TENAA listing comes with the model number RMX3366. This particular model number is said to belong to the Realme X9 of the upcoming Realme X9 series.

According to the images on TENAA listing, the Realme RMX3366 will feature a 6.55-inch display. There is no side or rear-mounted fingerprint scanner so we expect that the phone will be arriving with an in-display fingerprint scanner.

At the rear, there is a triple-camera system but there is no detail about camera sensors at the moment. The right edge of the device has a power button, while the left side has a volume button.

As per a recent report, Realme is expected to launch Realme X9 and Realme X9 Pro in the Chinese market in July next month. The phones will be the successor of last year’s Realme X7 and X7 Pro, respectively introduced back in September 2020.

Realme X9 and X9 Pro are tipped to be powered by the new Qualcomm Snapdragon 778G and Snapdragon 870 chipsets respectively. Realme X9 Pro is said to sport a 120Hz panel with a curved panel. The Realme X9 could come with the same refresh rate or a lower 90Hz panel.