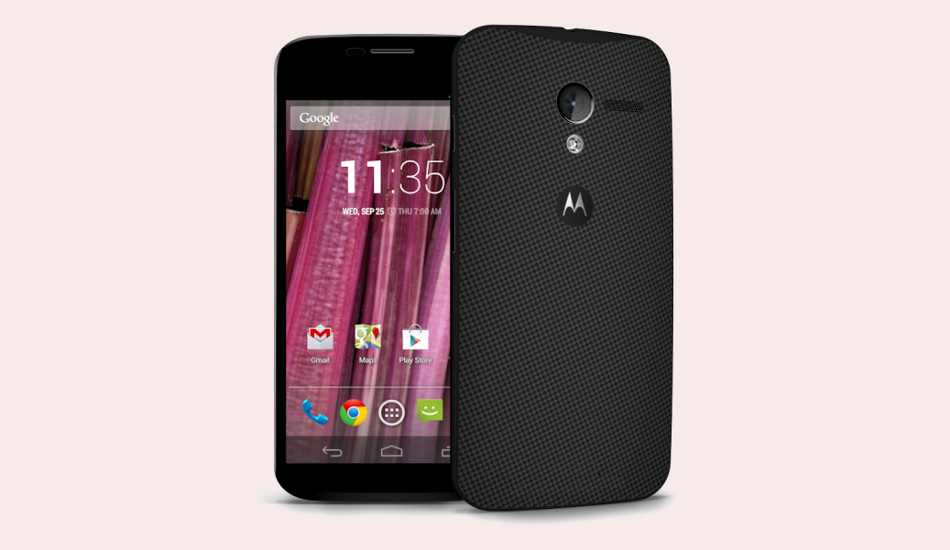 The leak suggests that smartphone will boast a metal unibody design and will carry rather mid-range specifications.

Lenovo-owned Motorola seems to be working on a new smartphone named as Moto X (2017) if a recent leak is believed to be true. The leak suggests that smartphone will boast a metal unibody design and will carry rather mid-range specifications.

The images were leaked by a known tipster hellomotoHK on his Google Plus handle which shows the front and back panel of the device. Starting with the back, there is a dual-camera setup with a camera hump, similar to what we have seen in Moto Z and an unusual placement of dual-tone LED flash. The antenna lines run across at the top and at the base of the device. The smartphone dons a metal unibody, crafted in the lines of recently-launched Moto G5 Plus. At the front, there is a fingerprint scanner and navigation controls are on-screen.

In terms of specifications, the alleged Moto X (2017) would be powered by a Qualcomm Snapdragon 625 processor. The smartphone will be backed by a 3GB of RAM and 32GB of internal storage, however, the company might introduce different memory variants as well. The smartphone is said to sport a 5.5-inch display, though the resolution of the screen is unknown at the moment.

However, there is no way to verify these photos and there is no official word about the upcoming device, so we suggest you take this report with a grain of salt.