LG is reportedly working on new smartphones under its K-series and one of them could be LG K43. The said smartphone has been spotted on popular benchmarking website Geekbench revealing key specifications. 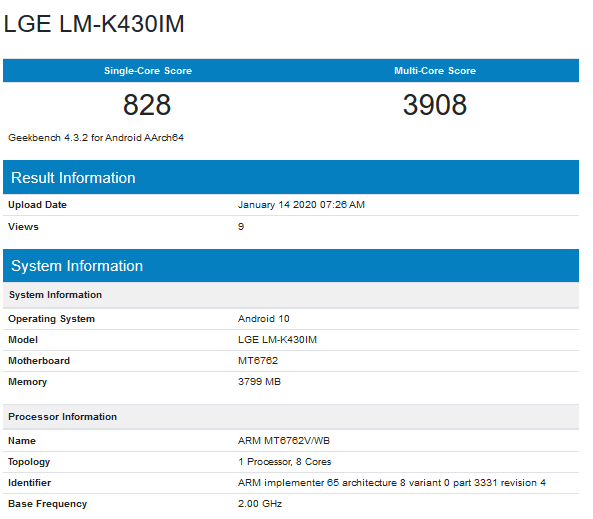 The smartphone has got 828 points in the single-core test and 3908 points in the multi-core test. That said, the phone is meant to be a budget offering from the Korean brand and it might also introduce other smartphones in the K-series. We might hear about the announcement at the upcoming Mobile World Congress (MWC) 2020.

The specifications of the smartphone are not known, but reports say that the phone might be powered by the Snapdragon 865 chipset that comes with X55 5G modem for 5G connectivity. The report, however, did not reveal the name of the new 5G phone that will be announced alongside the LG V60 ThinQ 5G.