Alcatel will reveal a new poster everyday till the formal launch of OneTouch Flash 2, revealing its features in the process.

Alcatel is all set to launch a new smartphone, Flash 2, on September 22. Alcatel has released a new teaser according to which, the smartphone is going to launch on September 22 and it will have a 5-inch display. The teaser also shows a tagline that says, “The power of green”, relating to a ‘Green’ key which is said to be its iconic feature but no information about this feature is available right now. 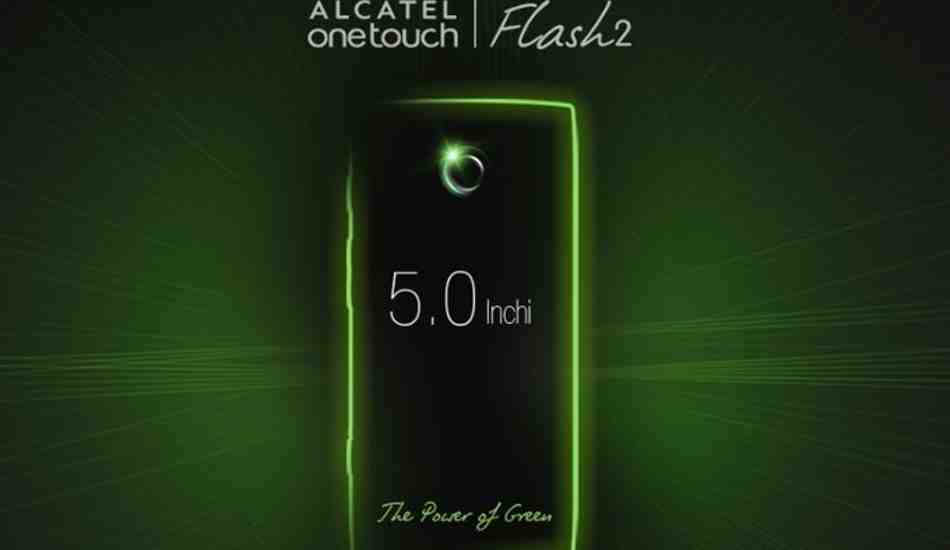 The company said that it will reveal a new poster everyday till the formal launch of the product, revealing its features in the process.

However, not much has been revealed about the Alcatel OneTouch Flash 2. The teaser simply says that the company will unveil a new 5-inch display. For more details, we have to wait for the September 22nd event.

Alcatel OneTouch Flash, which was introduced last year in India offers a 5.5 inch HD IPS display and is 150 grams heavy. This 8.1 mm thick handset offers a 13 megapixel rear camera and a 5 megapixel front camera. The OneTouch Flash comes with 1.4 GHz Mediatek MT6592M octa core processor, Android KitKat operating system and 1 GB RAM. There is 8 GB in-built memory in the phone of which 5.1 GB is available for users. Besides, the phone can hold a 32 GB micro SD card in a dedicated slot.

It has a 3200 mAh battery which claims to offer 19 hours of 2G talktime. The dual SIM handset has 3G connectivity, Bluetooth 4.0, GPS with A-GPS, FM radio, micro USB 2.0 port, and WiFi with hotspot capability.