Both the Alcatel A7, A5 LED smartphones come with some offers on the purchase. The Alcatel A5 LED is being offered with a free Alcatel Power+ PC01C Back Cover, while Alcatel A7 buyers get a free TCL moveband. Also, both the smartphones on purchase are offering free Reliance Jio data up to 200GB with 5GB data for four months plus you also get a free one-time screen replacement offer up to 90 days. However, these launch offers are available from November 10 to November 13.

Starting with the Alcatel A5 LED, the smartphone can be considered as one of the most interesting offerings from Alcatel. The phone comes with a LED covers which just snaps at the rear panel and offers different colour formations of LEDs for different contacts and different type of notifications. One can also select pre-installed different themes of LEDs and setup variety of light shows. The back panel LEDs can also be synchronised with your playlist through a pre-loaded app, which will blink on the tune of the music you play.

As for the specifications are concerned, the Alcatel A5 LED features a 5.2-inch HD display with a resolution of 720×1280 pixels and comes armed with an octa-core MediaTek MT6753 processor, along with 3GB RAM and 16GB of storage. The smartphone also comes with an option to expand the storage via microSD card.

It runs on Android 6.0 Marshmallow operating system and is backed up by a 2,800mAh battery. On the camera front, the smartphone offers a 13-megapixel rear camera with a f/2.0 aperture and dual-tone LED flash and a 5-megapixel front-facing camera for selfies. Besides, the A5 LED smartphone offers 4G VoLTE, Bluetooth 4.2, WiFi, GPS and a micro USB port. It measures 146x72x10mm and weighs 159 grams.

Alcatel A7 features a 5.5-inch Full HD display with and it is powered by a MediaTek MT6750T processor clocked up to 1.5GHz along with 4GB of RAM and 32GB of internal storage, which can be further expanded up to 128GB via micro SD card slot. The device has two front-facing speakers on the top and at the bottom edges of the panel. The dual-SIM Alcatel A7 runs Android 7.0 Nougat. 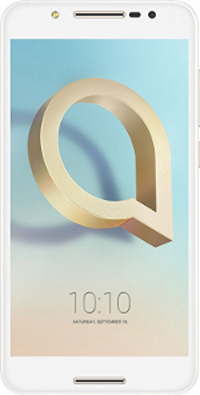 On the camera front, it features a 16-megapixel rear camera with aperture f/2.0, phase detection autofocus and a dual-tone flash, while for the front, there is an 8-megapixel front camera with an 84-degree wide-angle view and a front flash for selfies and video calling.

It features a 4000mAh battery with 9V1.67A fast charging support, which the company claims can charge the device up to 37 percent in 30 minutes. On the connectivity front, it features 4G LTE with VoLTE, WiFi, Bluetooth 4.2, and micro USB port. It measures 153x77x9mm and weighs 163 grams.