Bharti Airtel and RCom have announced that they will be launching the recently announced iPhone 5S and the iPhone 5C in the Indian market on November 1. Although the price of the devices has not yet been revealed, iPhone 5C is expected to be priced around Rs 45,000 while iPhone 5S may cost around Rs 55,000.

Meanwhile, both the operators have announced that they will offer unlocked versions of iPhone 5S and 5C in India. Also, RCom and Airtel have claimed to offer attractive data and talk plans with both the devices for customers. 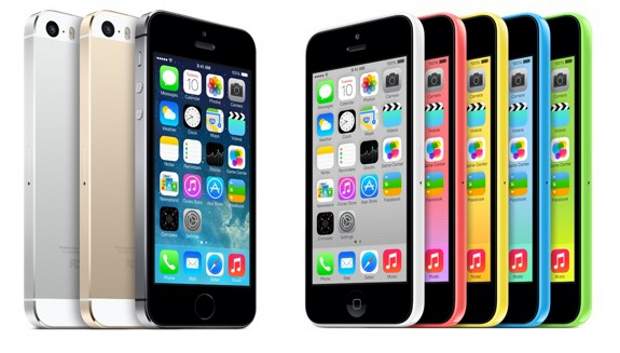 While RCom is relying on its physical stores to offer the new iPhone 5S and 5C, Airtel has started the pre-booking process via its online as well as offline stores to attract potential buyers.

Besides, the iPhone 5S has an 8 megapixel rear camera, 1.2 megapixel front camera which is capable of recording high definition videos, iOS 7 operating system, the newly announced 64 bit Apple A7 processor, OpenGLES 3.0 graphics processing unit, WiFi, Bluetooth 4.0, micro USB 2.0, and GPS with A-GPS. It has a 1440 mAh Li-Ion battery that is said to provide 10 hours of talktime on 2G and 9 hours of talktime on 3G network.

This phone comes with a 4 inch touchscreen with 1136×540 pixels resolution. It has three axis gyro sensor, proximity sensor, accelerometer, ambient light sensor, and even digital compass. It would be available in pink, white, yellow, blue, and green colours.

The colourful iPhone 5C has 1 GB RAM, 8 megapixel rear camera, and a 1.2 megapixel front camera which is capable of recording high definition videos. Besides, the Apple iPhone 5C has 1.3 GHz dual core Apple A6 processor, WiFi, Bluetooth 4.0, micro USB 2.0, GPS with A-GPS, iOS 7 operating system, and a Li-Ion battery capable of giving 9 hours of talktime both on 2G and 3G networks.