Mi India has been holding up flash sales to offer the Mi 3 smartphone in India for Rs 13,999. At the launch, the company promised to introduce an affordable smartphone as well. The Mi India Official Facebook page posted a blurred teaser photo of the upcoming budget smartphone Redmi 1s. The post was in reference to a contest for winning Mi In-ear earphones. The Redmi 1s smartphone will compete with the Motorola Moto E, ASUS Zenfone 4, Micromax Canvas Fire 2 and more devices. 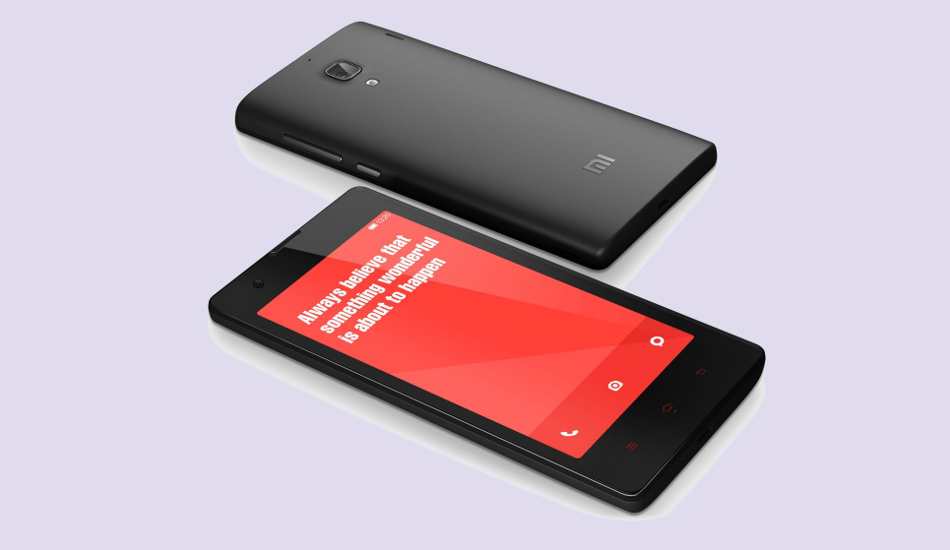 At the rear, Redmi 1s packs an 8 megapixel camera with f/2.2 aperture and an LED flash. The camera offers burst mode, auto-focus, zero shutter lag, HDR and real-time filters. In the front, it has a 1.6 megapixel camera for video calling and self portraits.

Other features include Bluetooth 4.0 Low Energy, WiFi, and GPS with A-GPS and GLONASS support. MI has added a 2000 mAh battery and offers support for 3G network SIM along with a 2G network SIM. Redmi 1s was listed at Flipkart for pre-order at Rs 6,999 but the link has been redacted for now. We expect the Redmi 1s to be listed again on Flipkart mostly by next week.