The cheaper Android Jelly Bean smartphone gets bare minimum specifications but surprises with the price.

Acer had announced the launch of its affordable 7 inch Iconia B1 tablet for the Indian market a couple of days back and today it has unveiled its low cost Acer Liquid Z2 Android Jelly Bean smartphone just days before the Mobile world Congress. It seems as though Acer has shifted its focus more towards Low cost Android devices and following the B1 tablet the Liquid Z2 comes as a surprising new smartphone. 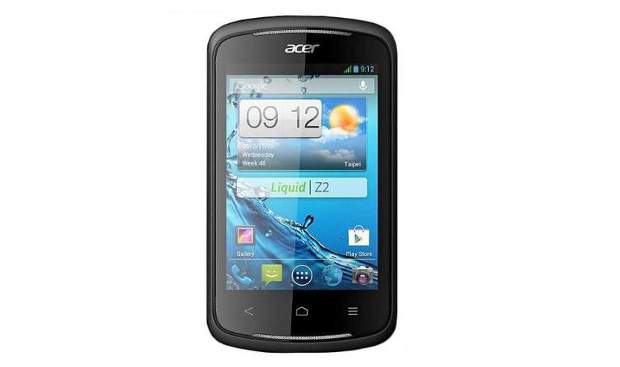 Powered with Android’s Jelly Bean operating system the Acer Z2 is powered with a dual core 1 GHz processor with 512 MB RAM and a 3.5 inch HVGA resolution display as well. Internal storage is 4 GB along with the option to increase it by another 32 GB using micro SD cards. The Liquid Z2 gets both WiFI and Bluetooth connectivity along with a 1300 mAh battery pack as well. Acer has included a special Quick Mode, which simplifies the interface with big icons making it utterly simpler for new users.

There is a 3 or 5 megapixel camera to click images and videos as well. Along with that for audiophiles Acer has included SRS sound enhancements for the device to make music sound more lively.

The Acer Liquid Z2 will be available in France, Belgium, Netherlands and Ukraine followed by Russia, UK and Italy following its launch during the Mobile World Congress, and the price of the device is expected to be in the Rs 8,000 to Rs 10,000 bracket. Although not announced yet but it is likely to be made available in India in mid March following its international availability in the UK.