5 things you must know about Windows Phone 8.1

Microsoft showed off five distinct features that are expected to arrive with Windows Phone 8.1 update. 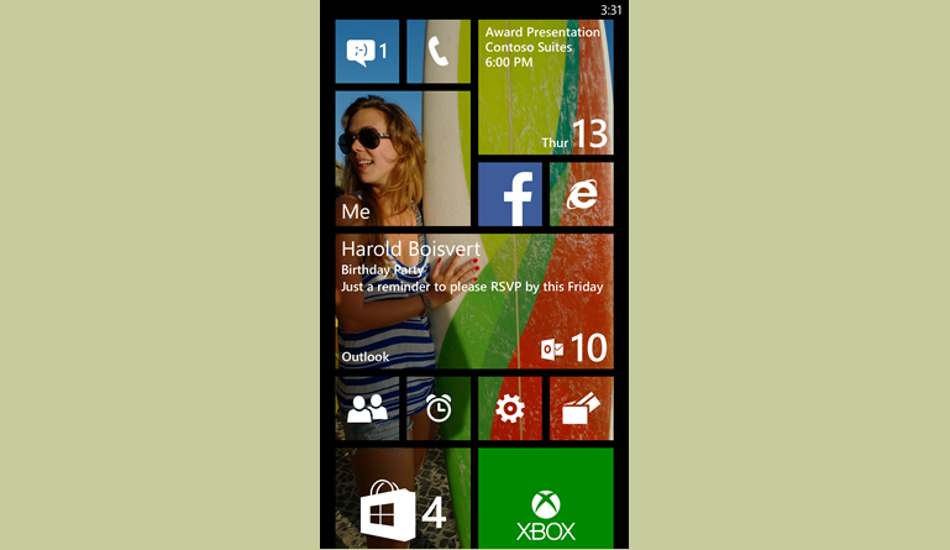 All your missed calls, new messages, social network updates and other notifications will now be accessible in one single window interface called Action Center. Consider it as the Quick Settings available in the modern Android smartphones. The Action Center is also customized to add quick access buttons for features such as GPS, Bluetooth, or simply putting the phone in Airplane mode. 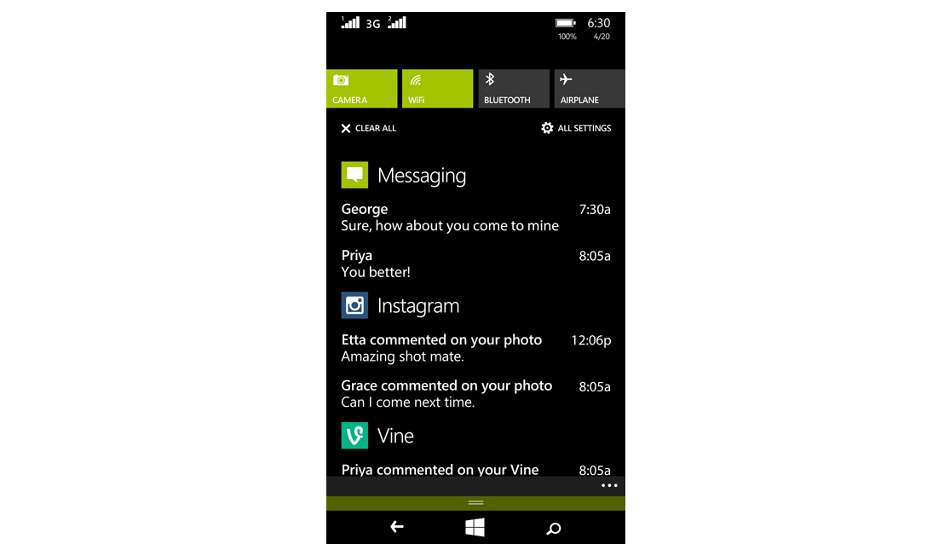 This is the most awaited feature for many Windows Phone loyalists who will now be able to make the best of Live Tiles as well as the Action Center to check every notification.

Microsoft has finally introduced its much awaited personal digital assistant – Cortana. Based on the voiced character in the famous Halo series games, the Cortana is powered by Bing. The Cortana personal digital assistant is Microsoft’s secret weapon against Google Now and Apple Siri. Microsoft has enabled interaction with Cortana through voice or text. The Cortana is capable to understand the voice commands as a spoken question and get answers powered by the natural language processing. The service constantly learns about the usage, preferences and priorities of the user. From suggesting coffee places to reminders about flight, Cortana has been developed to do it all. Cortana’s Notebook lists the categories that the service will pay attention to and shares preferences to control them. Cortana can also interact with third party apps to enable specific function such as make a video call or send a text message. Cortana is expected to launch in the US as a beta service soon. 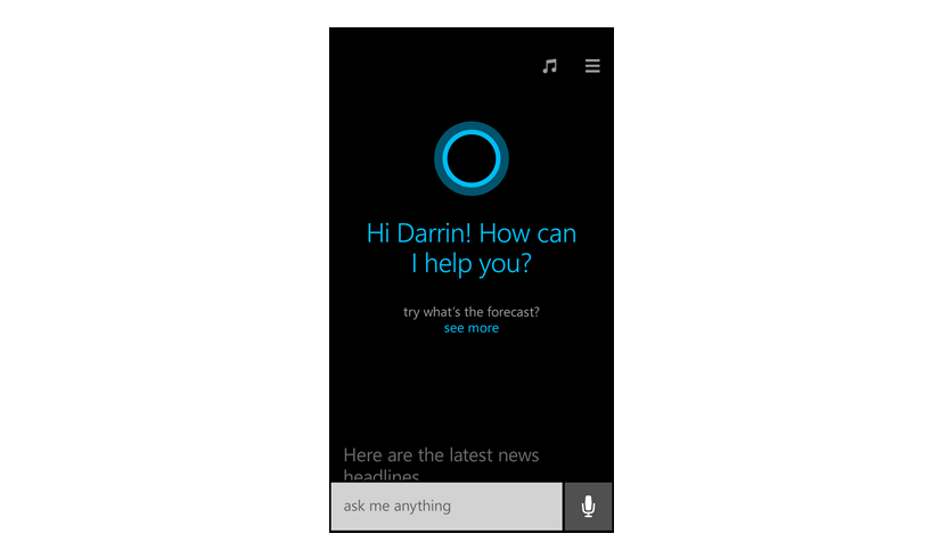 Microsoft will launch Cortana formally in US, UK and China in second half of 2014. While other countries such as India will have to wait till next year to enjoy Cortana. Even Apple followed the same pattern to make Siri available initially for the US audience only.

Microsoft claims of bagging a Guinness World Record for fast typing with the new World Flow keyboard. The Word Flow Keyboard integrates the gesture based input mechanism where in the user simply has to swipe/glide the fingertip over the relevant letters to quickly form a word for input. The word prediction algorithm works in the background to determine the word you intend to input. 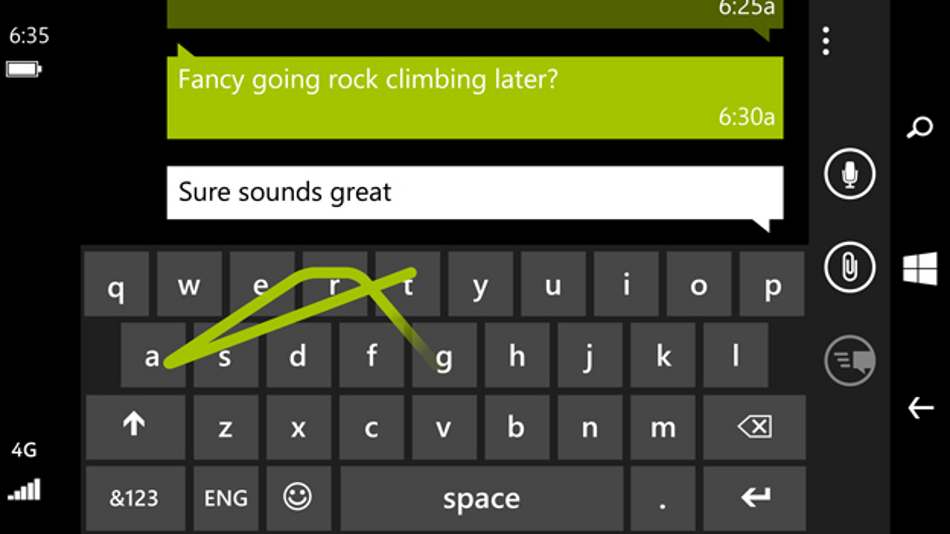 Available for the Windows Phone 8.1 based devices, the Word Flow keyboard will support up to 16 languages. Word Flow Keyboard is Microsoft’s answer to the Google Keyboard all other keyboards such as SwiftKey and Swype keyboards.

Microsoft had been absolutely careful with the looks and experience of the Windows Phone platform since the mobile OS was launched. The Live Tiles lately got the resizing, colour options and also the third column. Now Microsoft has addressed the requests of millions to let them customize the Live Tiles and lock screen. Now users can customize their Start screen background with images or use the options provided by Microsoft. 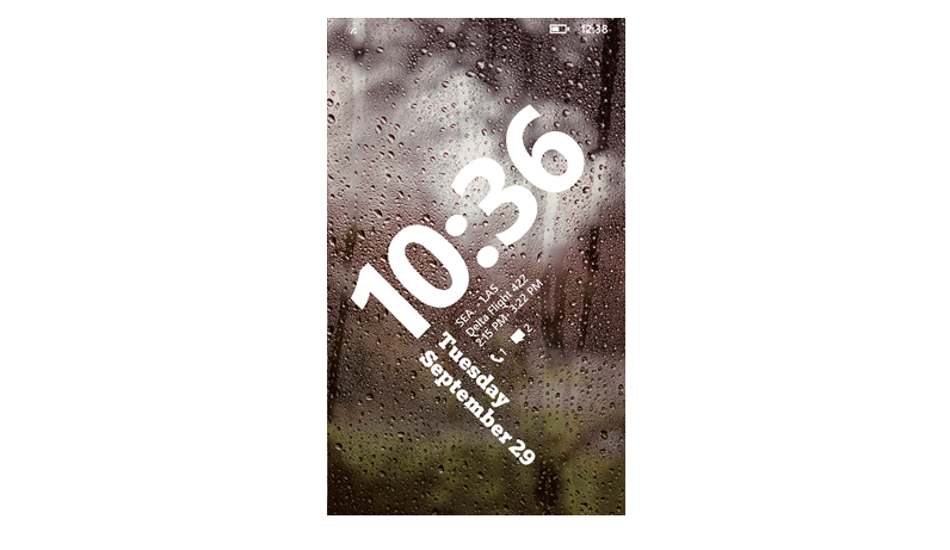 The Lockscreen screen gets more intuitive with the several Lock Screen Themes bundled with great visuals and animations.

Microsoft owned Skype service has been deeply integrated in the phone’s dialer app. The personal digital assistant Cortana has been tuned to perform Skype calls on command. Users can easily speak to Cortana and start a Skype call while on the move. Alternatively, on-going call can smoothly be shifted to a Skype call. The updated Skype app for Windows Phone 8.1 will bring real time notifications, HD 720p Video calling, Video Instant Messaging, and support for People Hub to call favorite contacts. 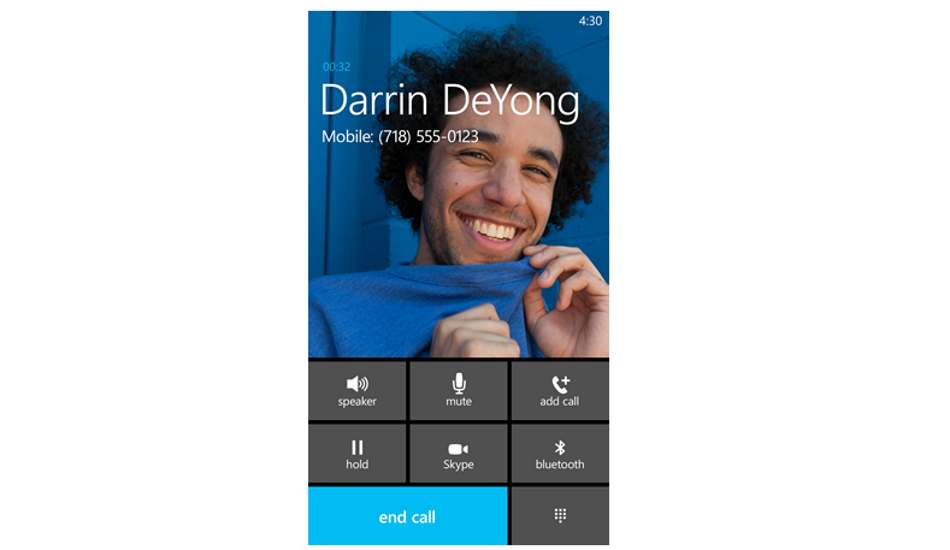 These enhancements will differ from device to device. Unfortunately, Indian users will not be able to enjoy Cortana till next year as Microsoft is currently working to improve it.