5 inch phones are no longer a premium product; you can buy one for as low as Rs 6,500. Here is the first part of the most affordable 5 inch phones with ratings.

Android phones with larger displays are becoming dominant in the smartphone business. So much so that smartphones with 5 inch or bigger displays are now eating into the 7 inch tablet market. And the reason is clear, 5 inch phones offer a better way to utilise the extra horsepower and abilities of Android smartphones, which otherwise get wasted because you don’t enjoy surfing the net, or playing games, or watching videos on a small display as much as you do on a larger display.

What has so far been in the Rs 10,000 and beyond category is becoming cheaper and now starts at Rs 6,500, making it more mass market. So here is the part one of most affordable 5 inch Android phones.

Celkon A900 is the cheapest 5 inch Android phone and yet it offers 3G and GPS. Other specifications of the phone are also decent with 800 x 480 pixel resolution display, 1 GHz processor, a 5 megapixel rear and a VGA front camera, 2000 mAh battery, and Android 2.3.6 operating system.

Videocon A45 has a 5 inch screen and runs on a 1 GHz single core processor and Android 2.3 Gingerbread operating system. It comes with a much smaller 3.2 megapixel camera at the back and a VGA camera in the front. It has an 1800 mAh battery. 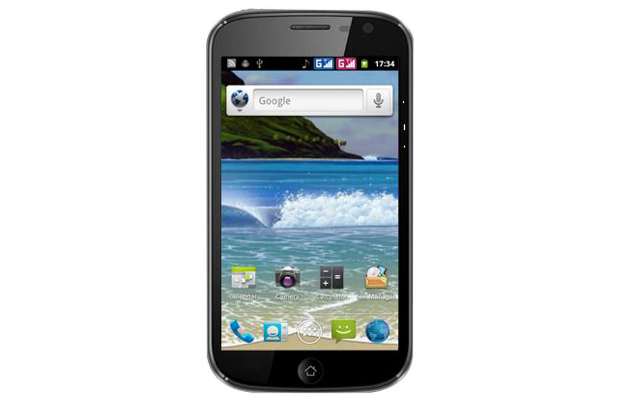 It gets only 256 MB RAM, which is too low for a modern Android phone, though since it is Android 2.3 you can still hope that it will work just fine. However, it offers only 2G connectivity.

Micromax A72 is a dual SIM phone with a 5 inch WVGA (800 x 480 pixel) resolution display and powered by a single core 1 GHz processor coupled with 256 MB RAM. It runs on Android 2.3.6 Gingerbread operating system. Micromax Viva A72 features a 3 megapixel rear camera and a 0.3 megapixel front camera. A72 doesn’t get 3G connectivity but supports 2G, WiFi and Bluetooth. 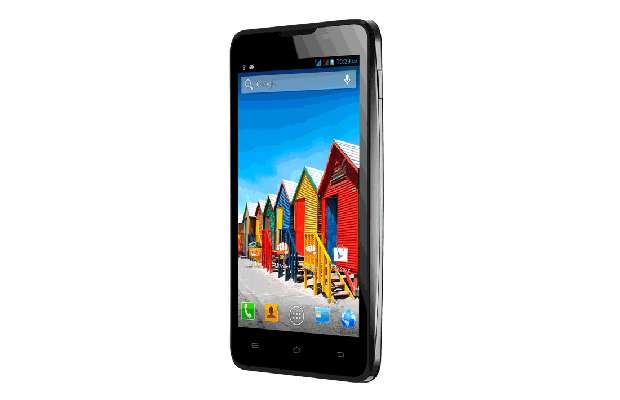 It is also powered by a 2000 mAh battery, which the company claims provides talktime of up to 7 hours, and standby time of up to 280 hours.

Karbonn A25 comes with a 5 inch touchscreen with 480 x 800 pixel resolution. The dual SIM phone runs on Android 4.0 ICS operating system and has ambient light as well as proximity sensors. It is powered by a 1 GHz dual core processor and 512 MB RAM. Though it has only 512 MB internal storage, its internal memory can be complemented up to 32 GB through a micro SD memory card. At the back of the Karbonn A25 there is a 5 megapixel autofocus camera supplemented with LED flash for illumination in low light conditions. 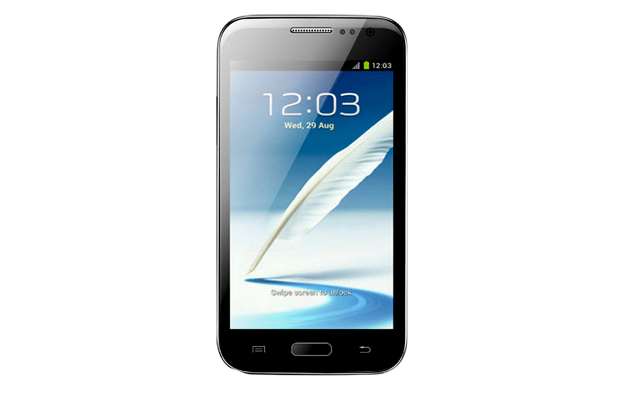 At the front there is a 0.3 megapixel camera, which is good enough for video calling. However, there is no 3G connectivity, so video chat is only possible when you are within a WiFi network. The device has a 2000 mAh battery pack that claims to be capable of powering it for more than 5 hours. It certainly gets better specifications compared to Canvas Viva, and at the same price it looks like a better deal. 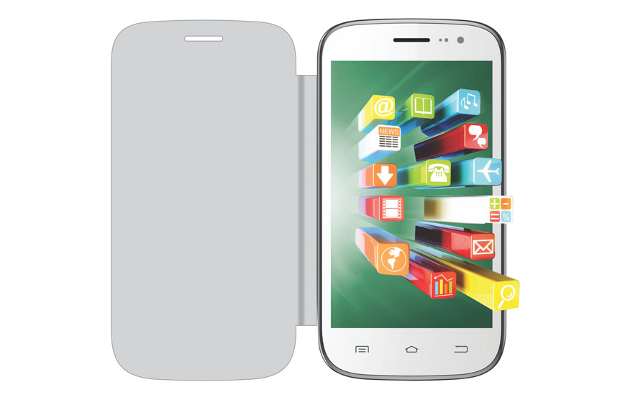 This handset is equipped with an 8 megapixel rear and 0.3 megapixel front camera. It also comes with dual flash. Sensors include G-sensor and light sensitivity sensor and there is a 2100 mAh battery. It has 512 MB ROM and 512 MB RAM. For connectivity, you have Bluetooth, WiFi, micro USB and GPRS but no 3G. 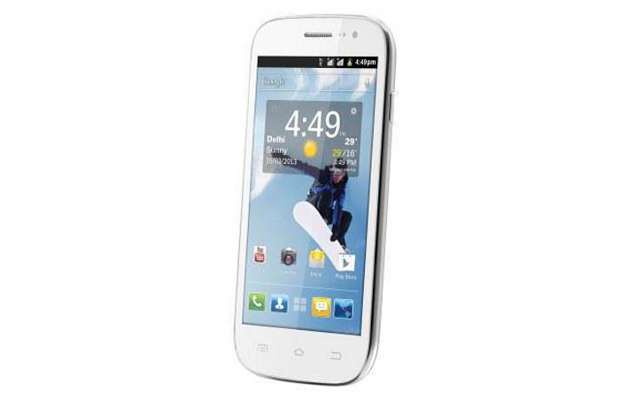 The phone is a 2G only device and offers Bluetooth, WiFi connectivity but no 3G. The phone is 9.6 mm in thickness, which is on the low side for a phone this big. It also has a 2100 mAh battery.

Swipe Fablet F2 comes with a 1 GHz processor and 256 MB RAM and runs on Android 2.3 operating system. While it gets a fairly large 2200 mAh battery the rest of the specifications are well below what competition from Spice and Karbonn has to offer. 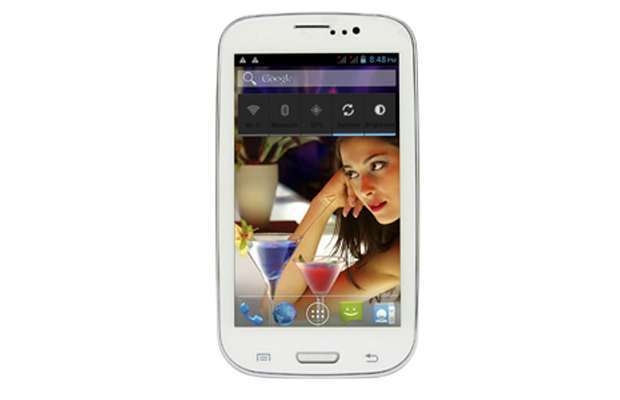 In the camera department you have a 5 megapixel rear and VGA front camera. The phone is also quite heavy at 260 grams.

Zync Cloud Z5 is a dual SIM smartphone and comes with an 8 megapixel rear camera with flash and 0.3 megapixel front camera. It has a 1 GHz processor, 512 MB of RAM and a 5 inch display with 800 x 480 pixel resolution. The phone gets a fairly large 2500 mAh battery.

It weighs 192 grams but is slim with just 7 mm thickness. It is based on Android 4.0 ICS operating system and comes with 4 GB internal memory, which is expandable by up to 32 GB. The phone offers 3G, WiFi, Bluetooth, a proximity sensor and gravity sensors. It is a 3G phone and certainly has all the features that you need in a budget handset. You can read a review of this phone here.

Lava Iris 502 comes with dual-SIM configuration and runs on Android Jelly Bean operating system. It has a 1 GHz single core processor and 512 MB RAM. The display has WVGA (800 Ã— 480 pixel) resolution. There is a 5 megapixel camera on the back of the body while a VGA camera is in the front for video chats and self-portraits. 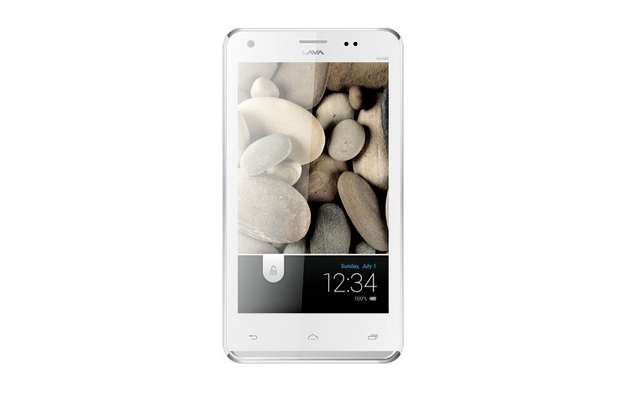 The Lava Iris 502 comes with 2 GB internal storage and one can add up to a 32 GB micro SD card to it for added storage. The device offers Bluetooth and USB connectivity for file transfer; there is Edge, GPRS, HSPA+ (3G), and WiFi for internet connectivity. Besides, Lava Iris 502 comes with a 2000 mAh battery, FM radio, G-Sensor, proximity sensor, and 32 GB expandable memory.

Lava Iris 501 comes with a 5 inch WVGA (800 x 480 pixel) screen, 1 GHz dual core processor with 512 MB, a 5 megapixel rear camera and a VGA camera in the front. A 2300 mAh device powers the phone. Lava Iris 501 is based on Android 4.1 Jelly Bean operating system and comes with a free 4 GB micro SD card. The phone gets all the normal features like GPS, 3G, Bluetooth, WiFi etc. 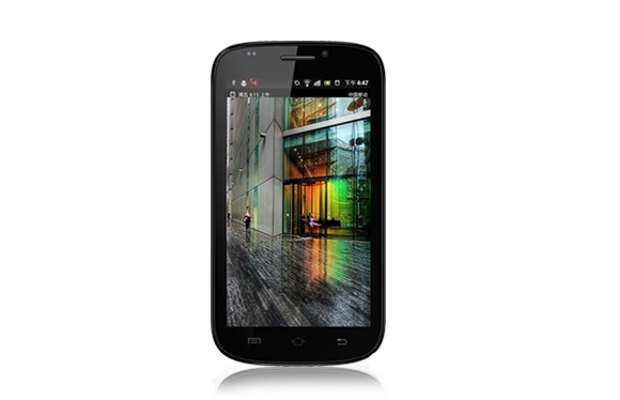 It is one of the best phones in terms of performance, display and price in the budget range. You can read a review of this handset here.