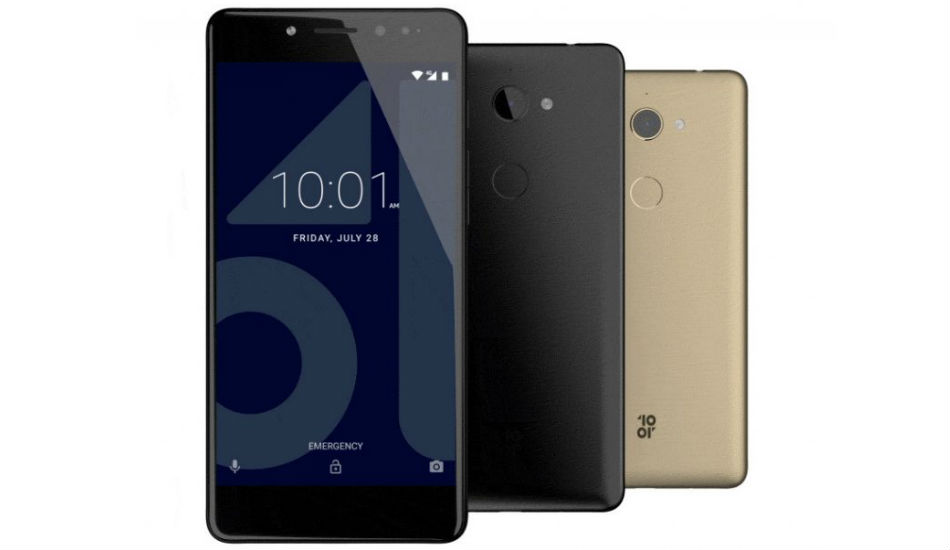 10.or (pronounced Tenor), a Chinese smartphone brand, which is part of Shanghai Huaqin Technology, has made its Indian debut with the launch of 10.or E smartphone in India. The device comes with a price tag of Rs 7,999 for the 2GB RAM and 16GB storage variant, while the 3GB RAM and 32GB storage variant is priced at Rs 8,999. The device will be available from Amazon India soon.

The smartphone runs on Android 7.1.2 Nougat and the company says that it will be upgraded to Android 8.0 Oreo, though it has not mentioned any timeline for the same. Further, the device comes loaded with key Amazon apps likes Amazon Shopping, Prime Video and Kindle.

The company is also offering some launch offers as well. To start with, Idea users will get 64GB of 4G data along with unlimited calls for 56 days with a recharge of Rs 343. Further, users will get 3 best selling eBooks worth Rs 250 for free and one can avail 3/6/9/13 months no cost EMI with the purchase of the 10.or E smartphone.

Coming to the key specifications, the device features a 5.5-inch Full HD display with a screen resolution of 1920 x 1080 pixels, which protected by a Corning Gorilla Glass 3 protection and it also features 2.5D curved glass. The 10.or E is powered by an octa-core Qualcomm Snapdragon 430 processor along with Adreno 505 GPU.

On the camera front, the device features a 13-megapixel rear camera with PDAF and it features 12 shooting modes, beautify feature and four filters. For the front, there is a 5-megapixel shooter for selfies and video calling.

The device comes with a fingerprint sensor at the back panel, which the company boasts can unlock it in just 0.2 seconds. On the battery front, it is juiced up by a 4000mAh battery, which the company touts can last up to 2 days with regular use.