Twitter Circle allows users to select up to 150 people, including people they don't follow, to join their Circle. 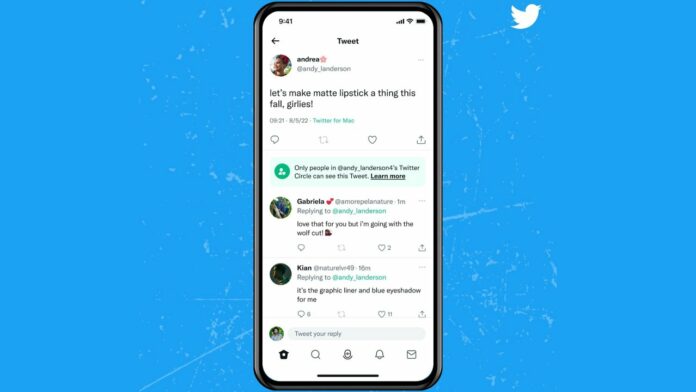 Twitter has announced that it is now rolling out Twitter Circle to everyone. While initially, it was available for select users, the company has now announced it’s rolling out globally to all users on iOS, Android, and desktop versions of the social media platform.

Twitter Circle is a way to send Tweets to select people, and share your thoughts with a smaller crowd. You can choose who will be in your Twitter Circle, and only the individuals you’ve added can reply to and interact with the Tweets you share in the circle.

Twitter Circle allows users to select up to 150 people, including people they don’t follow, to join their Circle. It is to be noted that you can only have one Twitter Circle.

Only the individuals the user has added can view, reply to, and interact with the tweets that the user sends to the group and these tweets cannot be retweeted, the company noted. Anyone on Twitter can be added to a circle, even if they don’t follow someone. Once in the circle, they’ll be able to see Tweets and replies shared in that circle.

How Does it work?

One can send tweets to their Circle by tapping the oval audience toggle above the text box and changing it from “Everyone” to “Twitter Circle” while they are writing a tweet.
Tweets shared with Circles can not be retweeted, even by those who are in the exclusive list. They can, however, download or screenshot that tweet.

Twitter said that people present within a circle will see a green badge under the tweets sent to the group. Users can also edit their Twitter circle anytime and people won’t be notified if they are removed, the company noted.

Your friend’s Twitter Circle will not be able to see any part of the conversation unless your circles share common members.