Crypto Bill set to be introduced in the Winter Session of Parliament in India aims to ban private cryptocurrencies. 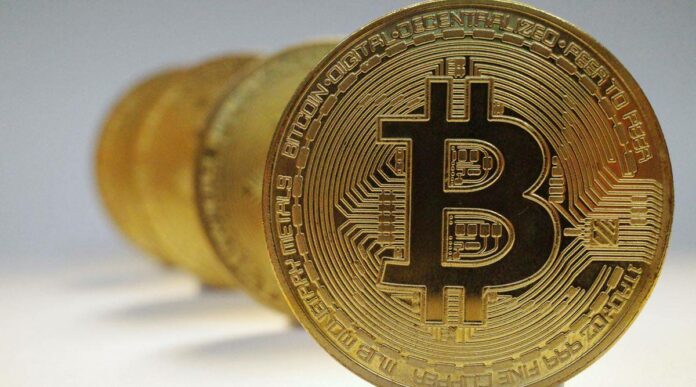 Cryptocurrency has been the talk of the town for the last two days when the government of India listed the Cryptocurrency and Regulation of Official Digital Currency Bill for introduction during the winter session of Parliament. The value of Bitcoin witnessed a sharp drop by up to 25 percent because of panic selling in the market as the Crypto bill aims to “prohibit all private cryptocurrencies” but provide for certain exceptions “to promote the underlying technology” and “its uses”.

FUD – Fear, Distress and Uncertainty has kicked in because of the bill as users have started panicking about what will happen to the money people have invested in Bitcoin, Ethereum, and more cryptocurrencies. Well, first, lets get the basics right so we can help you get past the FUD.

What is Cryptocurrency exactly?

What is the Crypto bill about?

Up until now, Cryptocurrency was neither legal or illegal as per the government as there wasn’t any type of regulation for the same. However, the Crypto Bill that has been listed for introduction during the winter session of Parliament states that it wants to ban all the private cryptocurrencies. It wants to do so because it thinks that Crypto can be used for illegal purposes while also limiting the central bank’s ability to manage inflation, foreign exchange and the overall economy as it’s not under the control of the government and could create an economic imbalance.

The bill will also put forward a framework for the Reserve Bank of India (RBI) to create an official digital currency. This comes amid a time when it is being argued whether crypto should be banned completely or regulated for better security.

Government sources have asserted that the bill has not been finalised yet and is unlikely to be introduced during the first week of the winter session that starts on Monday. They have also stated that the government will opt for regulation of the currency. Arguments against the ban have stated that there is a very large investor base for Cryptos and if it gets banned, the whole crypto framework may move to the darknet, making it even more unsafe.

What is the reaction of investors and the public?

Indian buyers and investors are confused about whether they should hold their money or sell it off before the loss becomes unbearable for them. Some are against the government for banning Cryptocurrency as a lot of people had invested their savings and were also gaining profit.

Some have also understood the situation carefully and are suggesting not to panic sell as the government still hasn’t clarified what it plans on implementing. At the time of writing this article, Bitcoin value stands at approximately Rs 42 lakhs which is a significant growth from last night’s value that stood at Rs 35 lakhs at one point of time. So it looks like people have started doing their research before selling off the entire value they hold.

Investors are also worried about the taxation of return generated from this investment as they are rushing towards their tax advisors to get clarity. “As regards tax treatment of the sale of cryptocurrency held by individual investors, the principles governing the taxation of securities as capital gains versus business income would equally apply in respect of cryptocurrency assets,” ET quoted Sudhir Kapadia, national leader, tax at EY India as saying.

“In other words, if the frequency and number of purchase and sale transactions are very high, the tax authorities may be inclined to assert business income characteristics for these transactions”, he added.

Wha is the reaction of Indian Crytpo Exchanges?

WazirX India founder and CEO, Nischal Shetty said, “There is no public definition of what exactly is Private Cryptocurrency. There’s panic in the market because people are forming assumptions and multiple theories are doing the rounds”. He also says that the process of regulation has begun which has always been wanted and there’s no need to panic.

“There have been many positive steps taken by the government to learn and understand crypto and its impact on all stakeholders — investors, exchanges, policymakers,” said Avinash Shekhar, co-chief executive at ZebPay. “So, we’re looking forward to a crypto bill that takes into consideration all the inputs from those discussions”.

“I urge all crypto asset investors in the country to remain calm, do their own research before arriving at a rushed conclusion. Investors should wait for a government statement on this matter and not rely on secondary sources of information,” said Ashish Singhal, founder and chief executive of CoinSwitch Kuber.

As it was also being assumed that Exchanges such as WazirX are manipulating prices of Cryptocurrencies for profits, the crypto exchange denied the claims via a tweet. WazirX iterated that it has an open order book and doesn’t determine or control the price of any crypto on the exchange.

CoinDCX also states that the bill’s contents aren’t available yet, and the available synopsis raises more questions than answers, including the definition of Private Crypto. There is no clear definition available from official sources yet. It also mentions that one should do their research and make an informed decision before selling out at losses amidst fear and confusion.