A lot has happened since last year and while some were knocked off way early than expected, some are still holding their ground pretty strong.

Budget smartphones probably take a major slice of the cake of the Indian smartphone market, however, another price range which is directly shooting at the premium segment devices is the sub- Rs 30,000 category. There was a time when a Rs 30K smartphone would only get you a medium score on spec sheet, however, thanks to various players coming into the market, this segment today sports some badass specifications and certainly ticks the value for money aspect. A lot has happened since last year and while some were knocked off way early than expected, some are still holding their ground pretty strong. For today, we have some really worth looking options for your next smartphone under Rs 30,000. So, this is how the list looks like. 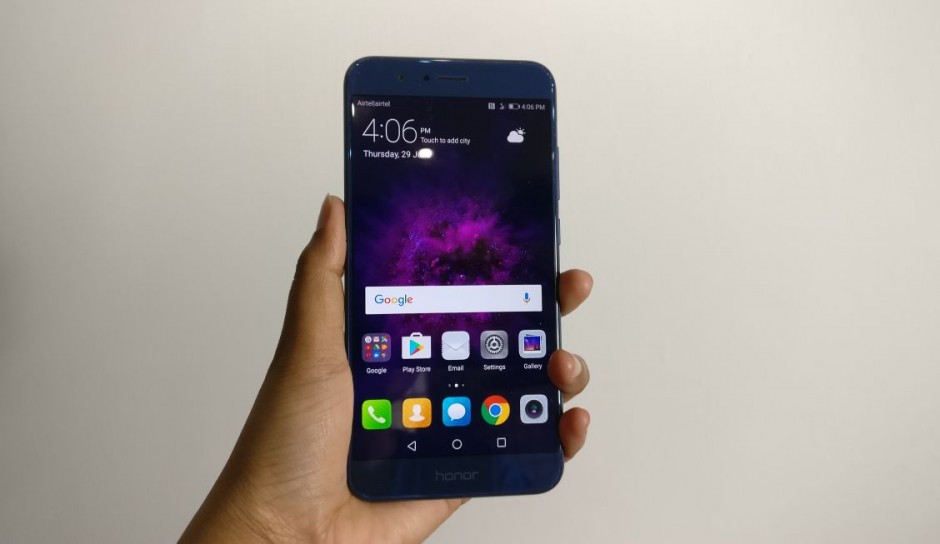 A worthy competitor to the OnePlus 5 and a serious product for this range, Honor 8 Pro was more of a surprise than a hyped smartphone from Huawei’s sub-brand Honor. While the whole world was totally into the OnePlus 5 promotions, Huawei silently released Honor 8 Pro in July 2017. Priced at Rs 29,999, the device absolutely crushes all segments of a good smartphone. We get a 5.7-inch Quad HD (2560 x 1440 pixels) IPS LCD display placed above company’s well known Kirin 960 Octa-Core processor. The device sports 4GB RAM along with 64GB of internal storage which is further expandable via dual Hybrid SIM slot. Besides, there is also a 6GB RAM variant.

However, Honor 8 Pro is more than a piece of high-end specifications. The main focal point here is the dual 12-megapixel rear camera of which one is an RGB sensor to capture accurate colours while the other one is a Monochrome sensor to capture a good amount of detail. Flipping the device to the front, we get an 8-megapixel camera at the front. 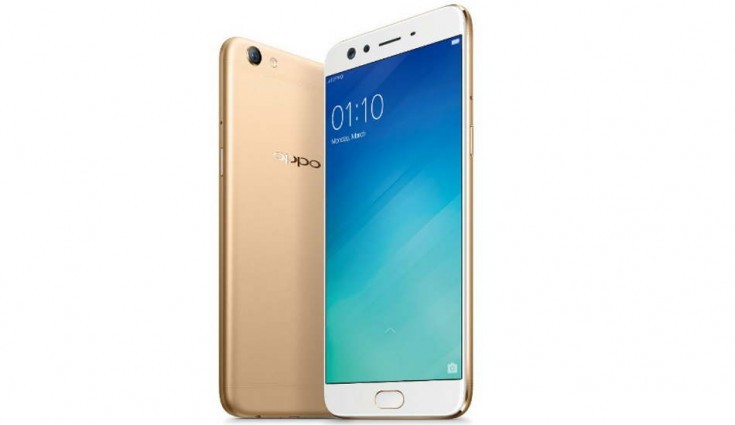 Well, Oppo has received some strong criticisms lately for overpricing their products and fooling the Indian audience. Company’s recent flagship, the F3 Plus was launched at a price of Rs 30,900, however, it is currently available at Rs 27,990 on Flipkart, hence, it made it to our list. For the specifications, the F3 Plus comes with a solid 1.95 GHz Octa-Core Qualcomm’s Snapdragon 653 chipset coupled with Adreno 510 GPU. We get 4GB of RAM and 64GB of internal storage, which can be expanded up to 256GB via microSD card slot. Upfront, there is a massive 6-inch Full HD 1920 x 1080 pixel resolution display coming in with Gorilla Glass 5 protection.

Another selfie-centric device from the Chinese smartphone manufacturer, the F3 Plus comes with dual front-facing camera setup which includes a 16-megapixel camera with 1/3 inch sensor, aperture f/2.0 and an 8-megapixel 120-degree wide-angle lens with a 6P lens. On the other hand, the rear camera is a 16-megapixel shooter with Sony IMX398 sensor coming in with aperture f/1.7 and dual PDAF focusing technology. 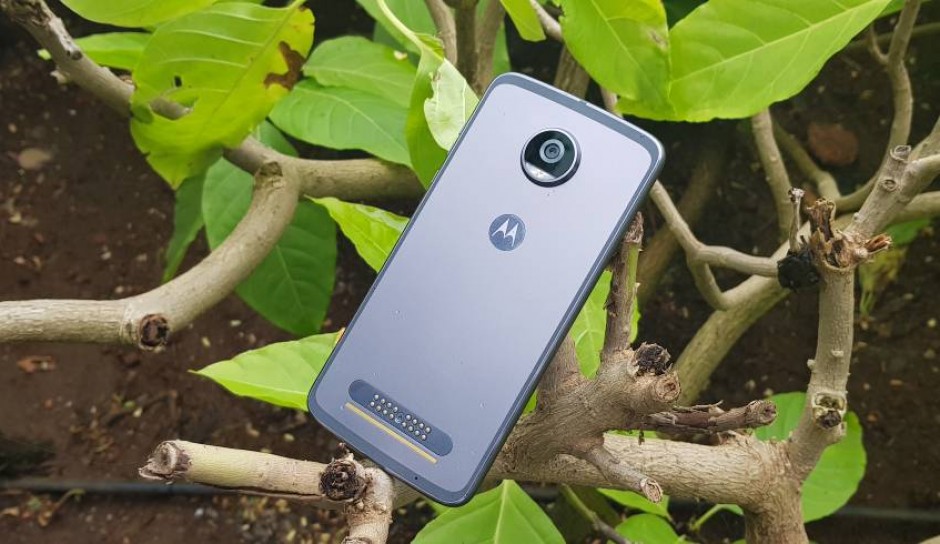 It’s been quite a while since Motorola brought in its next Moto X device, however, last year’s Moto Z Play and Moto Z didn’t disappoint. This year’s iteration i.e. Moto Z2 Play seems like another winner in the mid-range segment for a lot of reasons. To start with, Motorola’s Moto Z2 Play is one of the thinnest smartphones in the market at 5.99 mm thickness. Further, the 16 Pin modular concept at the back is still there with a bunch of new Moto Mods.

If we talk about specifications, we have a 5.5-inch Full HD Super AMOLED display with a screen resolution of 1920 x 1080 pixels coupled with Corning Gorilla Glass 3 protection and a pixel density of 401 ppi. A fingerprint sensor lies below the display which is fast and accurate. On the inside, we get the latest Qualcomm’s Snapdragon 626 chipset which is clocked at 2.2 GHz along with Adreno 506 GPU. The Indian variant comes with 4GB RAM and 64GB Internal storage which is further expandable up to 256GB via a dedicated microSD card slot. Complimenting this hardware is Android 7.1.1 Nougat with Motorola’s minimal additions to stock Android experience.

In the camera department, the device features a 12-megapixel rear camera with 1.4-micron pixels, f/1.7 aperture, dual LED flash and laser and dual autofocus lens. For the front, there is a 5-megapixel shooter with f/2.2 aperture, wide-angle lens and a front flash. Motorola managed to put in a 3000 mAh battery in such thin form factor which also supports Turbo Charging. On the connectivity front, it include 4G LTE, Wi-Fi 802.11 a/g/b/n, Bluetooth 4.2, USB Type-C, headphone jack, NFC, FM radio, and GPS/ A-GPS. 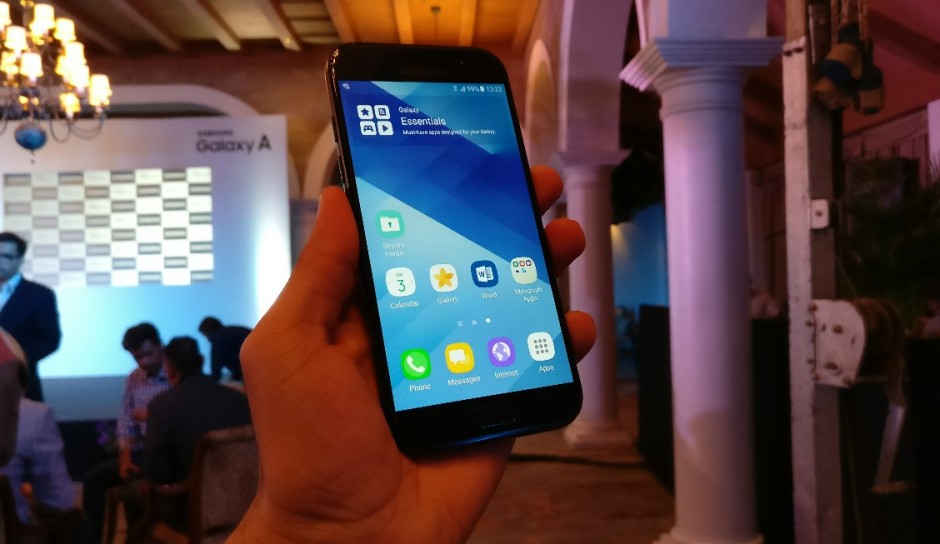 Launched in March 2017, Samsung’s Galaxy A series latest addition i.e. the Galaxy A5 (2017) and Galaxy A7 (2017) has been received quite well in the market. While most of the new audience deviated to other vendors in this price segment, there is still a good percentage of loyal Samsung customers. The Galaxy A5, which is now available for a price of Rs 26,900 sports some decent specifications and a really well built all glass design. The device is pretty compact and sports a 5.2-inch full HD Super AMOLED 2.5D curved display along with Corning Gorilla Glass 4. A reluctant decision to go with its own SoC, the Galaxy A5 comes with an Octa-Core 1.9 GHz Exynos 7880 Processor coupled with Mali-T830MP3 GPU. We get 3GB RAM along with 32GB of internal storage which is further expandable up to 256GB via dedicated microSD slot.

On the camera front, the device sports a 16-megapixel camera both at the front and back with an impressive f/1.7 aperture supporting 1080p video recording. Running on Android 6.0.1 Marshmallow and soon to be upgraded to Android Nougat, this is something which Samsung still needs to improve upon. A 3000 mAh battery powers the smartphone and we get all the necessary connectivity options such as Wi-Fi 802.11 a/b/g/n/ac, Bluetooth v4.2, GPS, NFC, USB Type-C etc. There is a fingerprint scanner at the front which is average if not the best. The device measures 146.1 x 71.4 x 7.9 mm and weighs 157 g. 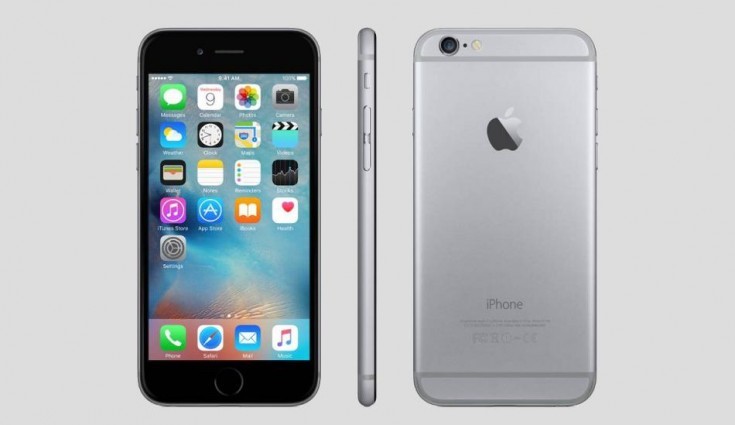 This might be a shocker for a lot of Android lovers but it’s important to take in all pillars of a smartphone industry and believe it or not, Apple still extracts some serious sales revenue from India. While, iPhone 6 is now more than 2 years old, comparing it with other devices in this will be unfair so this option is strictly for those who are looking to switch to iPhone in this price range.

Originally launched a much higher rate, iPhone 6 (32GB) is easily available in the market for a price ranging from Rs 27,000-30,000 depending from where you buy it. For the specifications, there is not a whole lot to boast about but Apple doesn’t need to either. There is a certain advantage when a company manufactures both hardware and software, which is why an iPhone doesn’t need great numbers on paper to be good. Just to list down, 4.7-inch Retina HD LE -Backlit display with 1334 x 750 pixel resolution and a pixel density of 326 pixels per inch. Inside, we get a Quad-Core Apple A8 mobile chipset coupled with M8 motion processor coupled with 1GB of RAM and 16GB/32GB/64GB/128GB of internal storage. As expected, no expandable storage here peeps. Also, you get a 3.5 mm headphone jack as a bonus.

Cover Image Courtesy: The Next Web